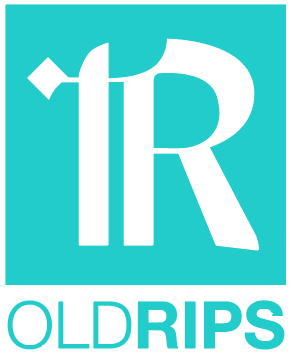 We are pleased to publish the second digital version of our annual alumni magazine, The Riponian.

We hope you enjoy catching up with the interesting and varied exploits of our former students and rekindling memories of your time at RGS.

This year marks the 60th anniversary of the merger of RGS with Ripon Girls' High School. We aim to mark this event by inviting you all to a reunion on Sunday, July 17.

For your own friendship groups, we are always keen to help with the organisation of any reunions and would be delighted to run your reunion news and photographs in future editions.

The credit for the magazine and our thanks go again to our editor, Ruth Savage whose skills and powers of persuasion have resulted in a wide variety of articles and news from former students and staff..

Please contact Ruth (savager@ripongrammar.com) or us (oldriponians@aol.com) with your news and views and to let us know what you’re up to now; we would love to hear from you.

The ‘Old Rips’ is a large group of past students and former staff of Ripon Grammar School and Ripon Girls’ High School and membership is FREE.

You can read our previous alumni news magazines here.

Led by a committee elected annually, our aim is to promote social contact between our members and their families, usually through organised events, and to raise funds for school. Membership of the Old Rips ranges from people in their nineties to those fresh out of school!

Our most popular gathering is the annual winter reunion which typically takes place on the last Saturday before Christmas. Our latest reunion was particularly successful with visitors coming from all corners of the globe.

Coming soon: watch this space for details of our 2022 winter reunion, with thrilling sports competitions and more...

Please see our Riponian, and previously Clocktower, alumni magazine and our Facebook pages at www.facebook.com/rgsoldrips for photographs and stories about our recent events.

Past students include world-famous scientists, athletes, musicians, writers, artists, engineers, bloggers, photographers, surgeons, designers, entrepreneurs and documentary makers. Here are just a few examples of what some of our past pupils have gone on to do after leaving RGS, you can discover many more interesting past pupil stories in our alumni magazines and online alumni news: Throughout his school days, Jack fitted in a full training schedule of 25 hours a week, in addition to studying for GCSEs and A-levels. PE teacher Siobhan Gilfillan, who Jack describes as his mentor at school, says the Olympic gold medalist demonstrated the steely determination of a top athlete during seven years at RGS: “Without arrogance, he was able to bring tremendous insight into our sports psychology lessons. We all learnt a great deal about the psychology behind elite performers. He was always able to take both success and the odd setback in his stride and learn from it to come back stronger.”

Jack returned to his old school recently to inspire the next generation of athletes – giving them a spontaneous showcase of his diving skills in the school pool - and said he appreciated the chance to meet up with the great teachers and students who provided such a huge source of support throughout his diving career. “My school experience was a lot of fun, I enjoyed the friendships I formed and what they’ve evolved into now.” He advised students: “No matter how hard it is trying to balance school and sport, you can find a way to do it to pursue your dreams in both.” (Jack is pictured, above left, with his team mate Chris Mears) Billie, described by The Sunday Times as a ‘huge song writing talent’ and a ‘brilliant singer-songwriter’ with ‘a remarkable voice’ has released her second album at the age of 19. She released her first while she was still at school, with pop star Ed Sheeran announcing to his 19 million followers on Twitter that her voice was ‘stunning’.

Following a tour of the US, where she supported multi-platinum-selling stadium rock band Snow Patrol in May, she sets off on a headline tour of the UK in June 2019.

Although she’d written her own body of musical work by the age of 15, Billie only took music to GCSE level at school and was more keen on her art studies at school. (She’s currently enjoying working with image and film to produce promotional artwork and music videos.)

Not one to shout about her success, she didn’t like bringing her music into school, she explained: “I tended to stay quiet about anything music-related so my friends found out from Twitter or something. They were all hugely nice and proud of me and school was incredibly supportive,” she said.

She’s still great friends with many of her old school mates and gets together with those from her year when she’s back in Yorkshire. Naomi earned international recognition for her ground-breaking research into the treatment of prostate cancer. She helped uncover a new gene network which could unlock the door to more effective treatments, bringing hope that more of the 41,000 men diagnosed in the UK every year could survive the disease. She has also carried out research into bladder cancer.

She always knew she wanted to be a doctor and did work experience at her local hospital and GP practices while she was at Ripon Grammar School: “I knew I wanted to work with people, not just do pure science,” she explains.

RGS gave her a lot of support when applying for university and she was particularly inspired by the voluntary work she did while at school, visiting elderly people living alone.

Naomi has gone back to her old school to help inspire students in the careers department. The daughter of a self-employed carpenter, she is grateful for the benefits of selective education: “It’s about offering an excellent education and boosting opportunities for those who are able from whatever social background,” she says. Acclaimed designer Bruce Oldfield first launched his eponymous label in 1975 and went on to dress everyone from Diana, Princess of Wales to actresses Charlotte Rampling and Joan Collins and singers Rihanna and Taylor Swift.

Brought up in a Barnardo’s children’s home, he attended RGS after passing the 11plus and thrived at school: “It was respite from Barnardo’s,” he says, explaining that he loved the school uniform, which made him stand out from the other Barnardo’s boys. He says the most important thing he learnt from RGS was: “A lot of common sense, good manners and a decent set of values. These are the things that have served me well. Grammar schools set high standards for their children and encourage enterprise and an ethos of hard work to achieve optimum personal results.”

He was particularly inspired by his former teacher Constance Gilbey, whom he looked on as a kindly guardian who helped him pursue his flair for fashion design: “She took me under her wing and came to my rescue. I had no idea of what I wanted to do with my life,” he says. Bruce recently returned north to attend Miss Gilbey’s funeral.