Ripon Grammar School governors' primary responsibility is to set the school’s strategic direction, working closely with the headmaster and staff to ensure objectives and standards are achieved, while making certain that resources are allocated and used in the best way possible. Governors are always keen to promote good communication with parents and the wider community.

Following the reconstitution of the Governing Board in 2015, as required by the DfE, the Board now comprises eighteen governors, of whom six are elected by parents.

The structure of the Board of Governors and its committees can be found by clicking here.

Board of Governors' Approved Minutes Elizabeth is a hospital doctor, has been a governor at RGS for five years, and sits on a variety of committees. She is married to Stephen, with four children, three of whom are students at RGS. In her spare time, amongst other things, she enjoys pursuing her musical interests - a keen organist and pianist when time permits. After a degree in bacteriology and three years’ research, Eric started his teaching career at Ermysted’s Grammar School. From 1994 until retiring he was a deputy head at Leeds Grammar School (later the Grammar School at Leeds). He has been a governor at RGS since 1996, when his daughter attended the school. He is a founder of the Hebridean Sheep Society which has brought about the recovery of the Hebridean sheep breed from virtual extinction. Eric has bred them for more than 30 years, and currently has a flock of 80. He is refurbishing the 18th century mill where he lives and walks long-distance footpaths, with ex-colleagues, every week. David is married, with three children, two of which were students at Ripon Grammar School. He has a degree in architecture and building science and works as a building consultant. He was born in New Zealand and has lived in the UK since 1991. He has a keen interest in outdoor activities including sailing, skiing, travelling and hiking. Matthew has practised as a barrister for the last 20 years, specialising in criminal law.  Although his Chambers are in Leeds, he works throughout the North East of England.  Matthew was born in Harrogate and has lived in North Yorkshire for most of his life.  He is married to Georgina with three children, the eldest two of whom are pupils at RGS.  In his spare time he enjoys horse riding, gardening and skiing. Vikki has more than 25 years experience working extensively within finance for both the private and public sector. Currently she has a senior finance role working for Cummins Inc, a global organisation where she has worked for over 11 years, managing employment taxes globally, governance and compliance. Prior to this she worked as the UK tax manager for Carlsberg UK and for PricewaterhouseCoopers and Deloitte accountancy firms. Vikki has additional project management skills and has experience of working in areas of human resources and employment law to promote governance and compliance. Vikki has an interest in promoting the STEM careers (science, technology, engineering and maths) to students and in particular recruiting women into engineering. Vikki is married to Gary, with two children, their youngest at primary school and the eldest who is a pupil at Ripon Grammar School. Vikki enjoys the outdoors and horse riding in her spare time. Tom works for the High Value Manufacturing Catapult, a national institute for translating new science into industrial production in the UK. Current programmes are on: zero emission cars (batteries and power electronics), hydrogen as an energy vector, zero plastic packaging, personalised medicine manufacture and the national mRNA vaccine variant library. He collaborates with UK universities for postgraduate development and internships for STEM subjects. He and wife Caroline have four sons, one currently at RGS, one at St Aidan’s, and two who are proud old Riponians. His focus as a governor is the pastoral care and welfare of students in both the day and boarding sides of the school. He has been a governor since 2012 and is the governor representative at the Young Peoples Scrutiny Committee of North Yorkshire County Council. Steve has a background in the relationship between agriculture and the environment and has worked in public sector environmental organisations for nearly 20 years. During this time he has managed a number of significant national programmes and projects, developed enduring partnerships with a range of local and national organisations, provided evidence-based advice to national government on environmental policy issues, successfully bid for external funding and authored a range of reports and scientific publications. Currently he is managing a national programme of environmental monitoring of farmland. His interest in scientific inquiry is reflected in a passion for supporting the development of the learning, scientific and research skills of pupils within the school.  Outside of work he is a keen runner (injuries permitting!), a regular road cyclist, a proficient wood worker and a Leicester City supporter. He has two daughters at the school. Andrea has four children, two daughters, one in Upper Sixth and one studying medicine after 7 years at Ripon Grammar, her youngest son has just started in year 7 and the other is at a school in Harrogate. Andrea and her husband live in Bishop Monkton, her family has been on the move since 2002, living a large part of this overseas. The children have attended more than ten schools between them, and this has given her insight into different educational systems and schools. Andrea is a stress & wellbeing educator and coach, primarily working in the care and social sector. Andrea hopes her international education experience and knowledge of wellbeing will be of value to RGS. Kiran is a Professor and Associate Dean at the University of Durham. He is also a Fellow of the Academy of Social Sciences, University College Durham and the Wolfson Research Institute for Health and Wellbeing. Prior to his academic career he was a Sub-Systems Engineer at NASA's Stennis Space Centre, where he worked on the development of the Block II Space Shuttle Main Engine systems. He currently sits on a range of advisory panels covering various aspects of Operations and Innovation Management, Academic Advisory Council member of the Chartered Management Institute, and is member of a variety of journal editorial boards. He is married to Lucy with two children, the eldest two of whom is a boarder at RGS. His main hobbies are road cycling and cricket. Richard has been head of science and chemistry at RGS for a number of years. Richard is also Chair of Governors for the Federation of Holy Trinity C of E Schools. He also does work for the examinations regulator Ofqual as well as for several education publishers and exam boards. His main hobbies outside education are sporting, including cricket and road cycling. 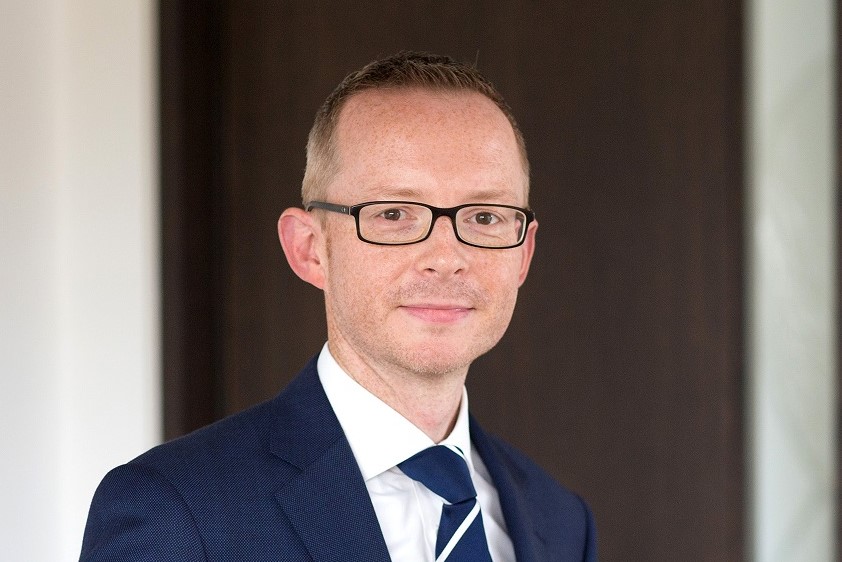 Robert is a solicitor, specialising in international tax law and public policy. He works for a global law firm but also has experience in professional tax consulting and information services. Robert studied History at the University of Sheffield, and also has Masters degrees from the London School of Economics and King's College, London. He is a trustee of a small charity that recognises outstanding achievement at another secondary school. Robert is married to Catherine, and father to three daughters, Iona (currently in her second year at RGS), and Eilidh and Allegra (both at Grewelthorpe Primary School). Robert finds relaxation and comfort in road cycling, comedy and a good book; he finds his main source of discomfort in being an inveterate supporter of Spurs. Helen has always worked in schools, starting her teaching career at Leeds Grammar School (now the Grammar School at Leeds), where she worked for 18 years as Head of the Religious Studies department. She moved into the primary sector, in 2016, to become the Headteacher of Richmond House School, in Headingley. She has recently left this position to return to her love of teaching at Senior School level and to have more time to spend with her partner, Paul, who is also a teacher, and their 17 year old daughter, Jess. She is currently teaching Maths at Tadcaster Grammar School and when not working or with her family, enjoys spending time with friends, running or walking round her local area or reading novels. 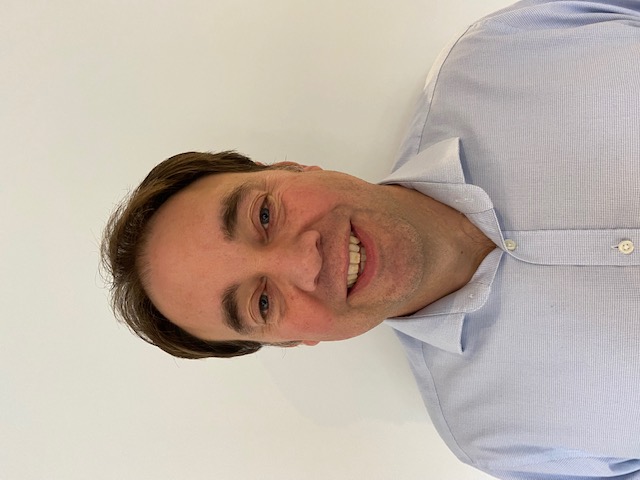 Josh lives in Ripon with his wife and two daughters, the eldest of which has recently joined RGS in Year 7. Josh is a qualified chartered surveyor, and an associate director at consultancy firm, Steer Economic Development. He has over 20 years’ experience advising national and local government clients on a wide range of economic development issues including property, regeneration and innovation strategy. He was previously Head of Policy and Research at the social policy think tank, the Joseph Rowntree Foundation. Josh loves walking in the Yorkshire Dales, travelling and all things food related.

Jonathan Webb has been Headmaster of Ripon Grammar School since September 2017. A graduate in History from Christ's College, Cambridge, Jonathan has particular interests in early modern social and political thought as well experience in teaching 20th Century international history and politics. Originally from West Yorkshire, he now lives near the city of Ripon in North Yorkshire and enjoys all things outdoors, and in particular cricket. David has been a parent governor at two other schools for the past seven years. He works for North Yorkshire Fire and Rescue Service as head of operational training and incident command. He is married to Tamsin and they have two daughters, Evie who has recently started at RGS and Annie who is still at primary school. His interests outside work include property renovation, gardening, sport, in particular golf, and holidays with his family.

Governors Standing Down in the Last Year

As part of current government guidance, the school must publish the number of staff whose salary exceeds £100,000 per annum in increments of £10,000. The information for Ripon Grammar School is below.

You can view Ripon Grammar School´s financial benchmarking information on the DfE website. Please use the following link: