▶ News ▶ Black Lives Matter: Why we must guard against complacency

Black Lives Matter: Why we must guard against complacency 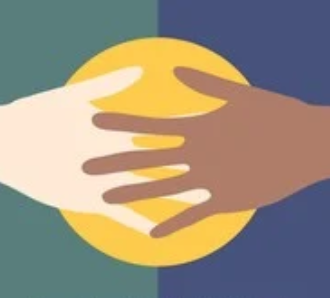 Ripon Grammar School headmaster JONATHAN WEBB responds to a plea from a former student urging the school to include more Black Asian and minority ethnic literature, art, history, music and culture on our curriculum and in assemblies. This is an edited version of Mr Webb's reply

THANK you for your email which I found extremely thought provoking. Like you, I have been both shocked at the death of George Floyd and deeply moved by the wave of protests both in the US and across the globe, not least in the UK. I am saddened that some of the violence is in danger of obscuring the essential message of the protests. Being a historian, you can forgive me for saying that sadly we have been here before and one thinks immediately of the beating of Rodney King in 1991 or the murder of James Byrd in 1998, or even the death of Stephen Lawrence in 1993, to name just three incidents. One is always left with the question – why? It is a question my 11-year-old asks me when watching the news, and I find it hard to answer in truth because racism is as anathema to me as I am sure it is to you. I always say to new and prospective students that an education at RGS is a privilege. But what I mean by that is not that a student is privileged to be at this school per se, but that each and every one of our students is privileged to be able to study here with each other, in a spirit of learning and I hope cooperation. Irrespective of background, I would hope that all students are treated as both equals and individuals who, I also hope, are imbued with a desire to make the world a better place for each and every successive generation. We created a set of school values in 2018 which I list here. Moral Integrity, Kindness and Care for others, Curiosity, Aspiration, Empathy, Equality & Inclusivity and Community Focus. These should not be seen as a some glib ‘mission statement’ - we must always strive to keep them at the very core of what we do. Ignorance once one is ‘educated’ is unforgiveable; complacency we can at times understand and forgive.

I joined RGS in 2017 so I cannot comment specifically on the curriculum offer that you experienced. I can however update you on what is currently taught and discussed. In relation to the specific crisis in the US, Mr Long, our head of history, has indeed composed an assembly discussing many of the issues that you raise. It will be sent out soon to our parents and students and is indeed a remarkable piece of work and will also be available on our website. The history department does introduce aspects of BAME history throughout its curriculum - for example teaching Year 9 a module on US civil rights 1945-68 and at GCSE Year 11 students study the rise and fall of the British Empire. At A Level there is a coursework unit on African-American civil rights from the revolution to the civil war. Mr Long is also currently assessing how other curriculum areas approach the topics of racism and diversity and his answer to me was that ‘judging by the response to my email to heads of departments, the emphasis on, and strength of feeling about, this issue is very strong.’

Speaking as a former head of history in a school whose alumni included William Wilberforce, I am proud to have introduced topics on the impact and legacy of slavery in Year 8 and aspects of civil rights teaching into the GCSE and A-level curriculums. I am planning to teach some sessions of PSHCE to the new Year 7 in September covering the topic of British identity and ‘British values’. This will be a challenge in albeit only four lessons with each group but my thoughts are already running ahead with how to explore ideas around cultural identity and the legacy of slavery which affects any exploration our shared British past. One can question for example the significance of the removal of John Colston’s statue from Bristol’s harbour front but I wonder how many people are aware for example that closer to home Harewood House was built on the profits of plantation slave agriculture? Topics such as racism and discrimination are covered in the PSHCE and religious study curriculums to name two others specifically, but no doubt this will be an ongoing dialogue that we will continue to develop once students return [hopefully in September]. I would add that staff have regularly given assemblies on racism, equality and black history month and many of my own assemblies are focused around questions which demand an ethical appraisal of modern life and the historical perspectives within that.

In addition to specific aspects of the curriculum, the sixth form over the last couple of years have engaged in informal forums discussing such topics as racism, cultural identity and gender. Two years ago, two students led a conversation about perceptions, attitudes and language surrounding race through sixth form enrichment assemblies in school which were very powerful and well received by both year groups. In addition several of our school officers now have specific roles such as community, student welfare etc. and this year the new welfare officer, as part of her application, expressed her desire - amongst a raft of ideas, to be an advocate for racial awareness, and to lead just such a focus again within Sixth Form and across the school. She is now already thinking about this in her new role. Another student has also expressed her desire to be part of this student led conversation. As you might appreciate, the school has become a little more ethnically diverse over the last few years and, for example, the number of boarders from a BAME background has increased and they have played an important role in raising these issues. As our head of sixth form Mr Fell says: ‘We feel it is really important to our pastoral work within the sixth form context, along with an ongoing focus on gender and equality in general, that our sixth form student leaders should be prepared to share with the whole school on occasion too.’

Mrs Fell, another member of our sixth form team, also adds: ‘As a regular feature of enrichment we seek to tackle the issue through both wider cultural education - enrichment sessions try to give students more knowledge of a wide range of different faiths and cultures, and in terms of better understanding the black community sessions have included references to slavery and its legacy in the US and Britain, the Montgomery bus boycott and the civil rights movement of the 1960s and 1970s, racism in Britain and the Windrush generation, as well as exploring unconscious bias, the 'Clark Doll Studies', and race and gender issues in a global context. We also run a practical session focused on the language and attitudes within the school, which seeks to challenge and encourage students to challenge their peers when they see/hear it, the use of racist, sexist and derogatory language. We try to pick up on current events, so last year the Christchurch attacks were a timely opportunity to focus on anti-Islamic attitudes, and this year the Floyd case is a good starting point for further exploring racism against the black community. The stimulus for the discussions also comes from the student body and responds to the issues that they feel need addressing within our school and sixth form community. At the moment these seem to be centred around racism and sexism, so there is clearly still a lot to do. The most powerful sessions, in our experience, are those that are driven and led by the students themselves, and those that focus on our community, sharing personal experiences. ‘

Can we do more? Well, changes are often incremental and there is no doubt that the school can and must do more and why again I have found your email a timely reminder and one which requires us to guard against any sense of complacency. We can all reflect on our years in school – it is the one shared experience we all have. But sometimes this reflection can only come with experience and perspective. How many times now do I hear people admit that they wished they listened more in history lessons or taken the subject further! Such thoughts sometimes come with maturity but it impresses on me the importance that we as educators – the custodians if you like of thought – have to constantly appraise what we teach.