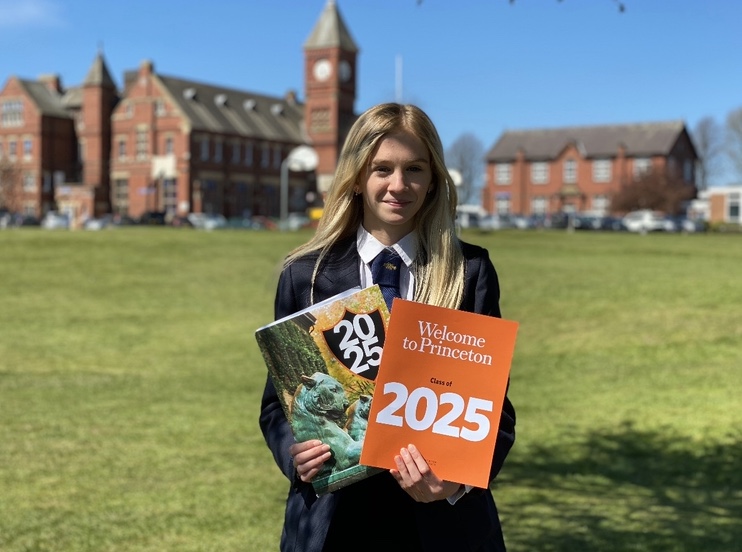 A RIPON Grammar School student and rising sports star has been awarded a £250,000 scholarship to study at one of America’s most prestigious universities.

Mena Scatchard, one of the fastest young middle-distance runners in the UK, will be leaving her small North Yorkshire village for the hallowed halls of Princeton University in New Jersey.

The exceptionally competitive US Ivy League institution, which this year offered just under four per cent of all 37,600 applicants a place, will pay 18-year-old Mena’s fees and accommodation for four years. 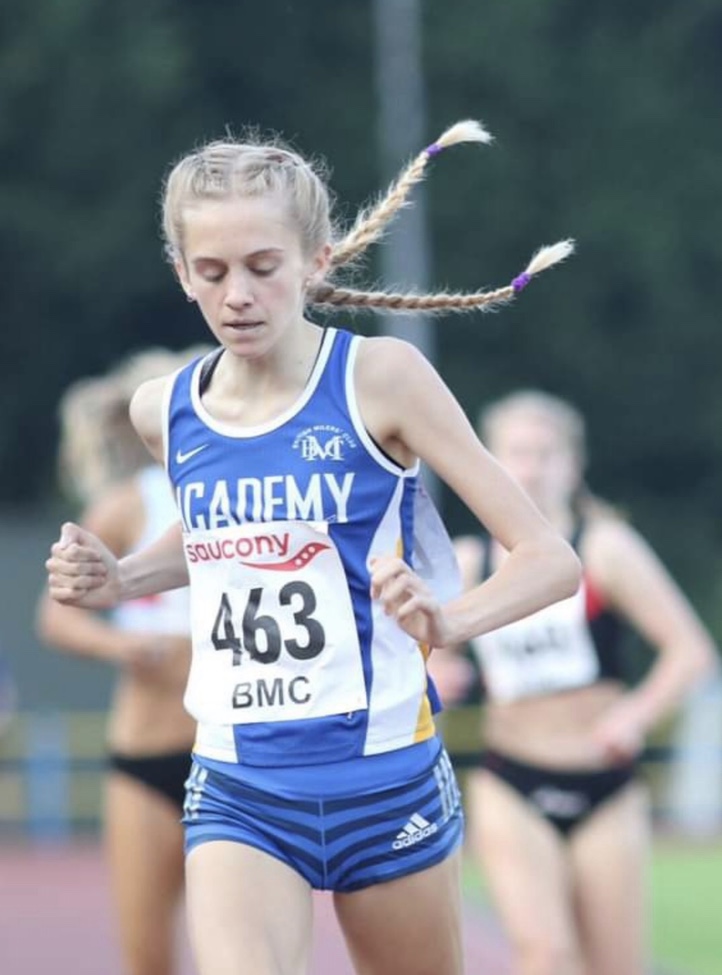 In addition, all her flights, food, sports kit and coaching are being funded by the elite university and she will even be granted a personal spending allowance to ensure she remains debt-free.

“I am really excited. It was quite a moment to get the official acceptance through. I am ready to spread my wings and looking forward to training and studying in America,” said Mena, who will be taking a liberal arts degree.

Mena, who has been crowned Yorkshire Champion three years running and has been talent spotted by England and British Athletics as a future sporting star, applied after hearing about the exceptional sports facilities, training and competitions at US universities.

She was particularly attracted to Princeton because of its strong academic reputation: “It’s the best opportunity I could have at this time of life to develop my running and I’m confident I can make a lot of progress. Academically I am excited about the courses and there are also some fairly impressive internships and international opportunities.”

As well as impressing the highly academic university with her sporting record, Mena, who was selected to run for the England youth team last year, had to sit a demanding four-and-a-half-hour exam to win her coveted place.

In addition, she had to study for aptitude tests required by the American educational system - at the same time as preparing for her A-level exams in chemistry, biology and geography.

Mena, who achieved a clean sweep of top grades in her GCSEs, juggles a demanding training schedule with Leeds City Athletic Club, where she is coached by Kieron Hall, with her A-level studies.

She runs five days a week, in addition to doing strength and conditioning and cross-training work: “I am just very diligent at when I get home from running, I shower, eat and just get down to my homework.”

RGS headmaster Jonathan Webb said: “Mena has been absolutely dedicated to her cross country and athletics throughout her time at RGS. Anybody who has seen her running the streets of Ripon and surrounding areas understand the immense focus and determination she has given to this goal. She is a very hard-working student and this is a wonderful and well-deserved achievement for her.” 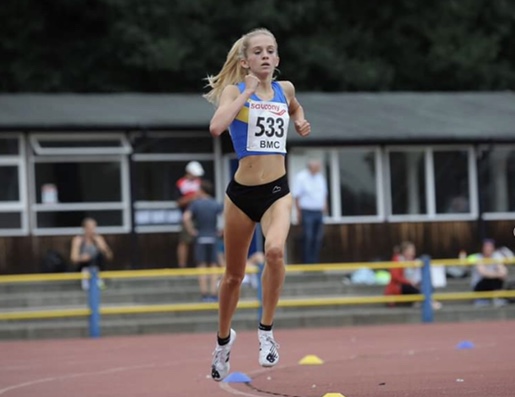 Mena’s mum Brenda, a former PE teacher, said the whole family was very proud of her: "Mena has done very well for herself and we are delighted for her. We’re looking forward to visiting her and to watching some Ivy League competitions."

Her sister Marnie, 16, who also runs as well as playing netball, tennis and hockey for RGS and Yorkshire, is studying for her GCSEs at RGS this year: “We have always done a lot of sports and activities growing up and Mum runs us to a lot of my training sessions and events,” says Mena.

Mena, from Hutton Conyers, first got into running when she was 11 years old and competed in cross country at RGS, going on to enjoy athletics throughout the summer season. By third form Mena, who has also represented her school in hockey, started to take running was more seriously and joined Ripon Runners club.

“I took up running after having some success in school events and I like the way you can achieve progress over time,” she explained.

Despite sporting competitions being curtailed due to coronavirus over the past year, and Mena having to take some time out due to injury, she says: “I have kept up my training and hope I will improve my times this year and have a full season.”

She’s now looking forward to the next exciting stage of her life: “Princeton looks to be a lovely college town and it is only an hour out of New York, so I am looking forward to getting to know the area. Everybody seems very friendly so I think I should get a good welcome. The package I am getting is very generous and I feel very lucky that I will graduate debt free.”

She added: “Of course, I will be back in Yorkshire in between semesters and will be keeping in touch with family and friends.” 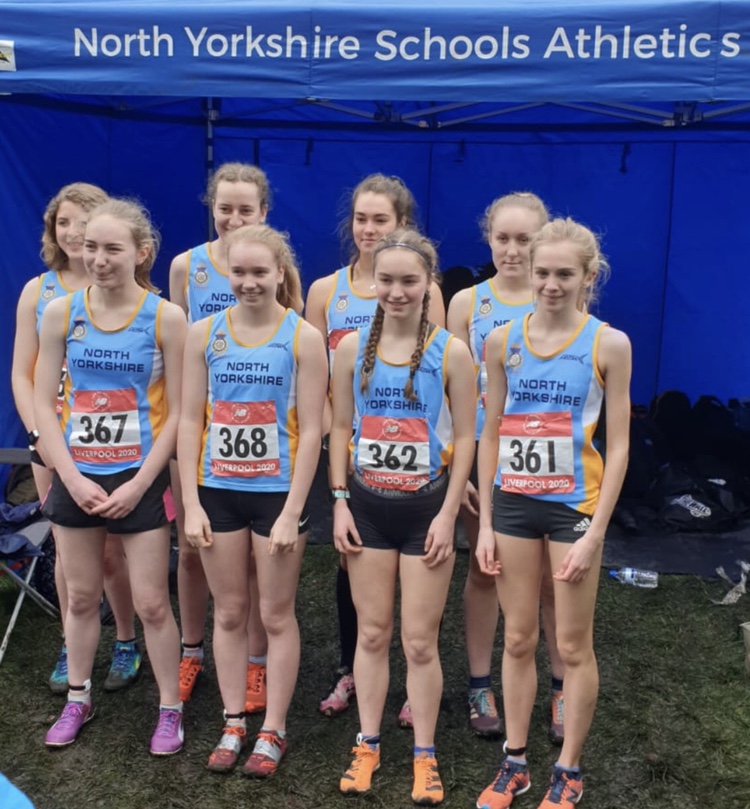 Q: What made you choose to study in the US?

A: I heard through competing in athletics that US universities offered great sports facilities, training and competitions. Many of the highest-ranked UK athletes study in the US for these reasons.

A: I wanted to go to a strong academic university with name recognition in the UK and so I was delighted when Princeton made contact. I was aware of its reputation and was very flattered to hear from them. I will be part of a sports team at Princeton, and I think this will allow me to have a lot of fun whilst developing myself as a runner. But for Covid-19, I would have been invited to visit three to five universities as part of the recruitment process, but this time around I had to make do with virtual open days, which were very well done. The degree title liberal arts is deceptive - it includes science as well as languages, humanities and arts. This approach is great for me as I am not sure at this stage exactly where I want to take my academic studies.

Q: What did the application process involve and who helped guide you through it? What was the most challenging aspect?

A: To begin with an agent we used sent my details to sports coaches at a variety of US universities. Some of those coaches, and others that had learned about my running from results posted online, got in touch with me. I heard from around 30-40 colleges in total, from all areas including California, Texas, the Mid-West, the South and New England. I went on to have phone call contact with about 15 or so that I liked the look of. You talk to coaches - often several times - and get to know each other. They ask about your training and goals and you find out about their training, facilities and the competitions that they are in. These calls were a bit nerve-wracking to begin with, but I got used to them. All of the coaches were very nice and not too pushy. Eventually I narrowed my choice down to three universities, including two in the Ivy League, which is a group of older universities that includes Princeton, Yale and Harvard. I could only apply to one and I chose Princeton in autumn last year (or Fall as I should get used to saying!).

Different Universities have different standards that they look for in terms of athletic and academic performance. Track standards are easy to demonstrate through times, and some of my races are screened online so the coaches could assess me from a sporting perspective. I think footballers and tennis players, for example, send a lot of videos to coaches to try to get coaches to back them. You are aware coaches are talking to other athletes but after a while you get an idea which ones have you down as first choice! The coaches then tell you the process involved in getting a place at their university.

Academically, US universites go on applicants' grade point average and their results from standard entry exams (SAT or ACT exams). My GCSE results were translated into a grade point average but I still had to get a result in the ACT exam. I got a big book of past papers and spent about three months getting to know the format, fitting this in around my sixth form studies and training. The ACT is multiple choice and not specific to taught subject matter - so it is more general maths, comprehension and interpretation of data. It was not clear that testing would go ahead last year in lockdown but in the end I was able to sit a test in Leeds. You can sit the test as many times as you like but I was relieved to get a pass at the level required by Princeton on my first attempt because the exam is a gruelling 4.5 hours long!

Most universities can offer athletes places and scholarships ahead of time when they have met the sporting and academic standard needed. The Ivy League still requires you to apply with all other students, but your application is marked as being supported by the sports coaches. I had to complete the ‘Princeton Supplement’ within my application, which is like an expanded personal statement, as used in the UK. I got a letter to say that I was likely to be offered a place a few weeks after applying but got my official offer on April 6. 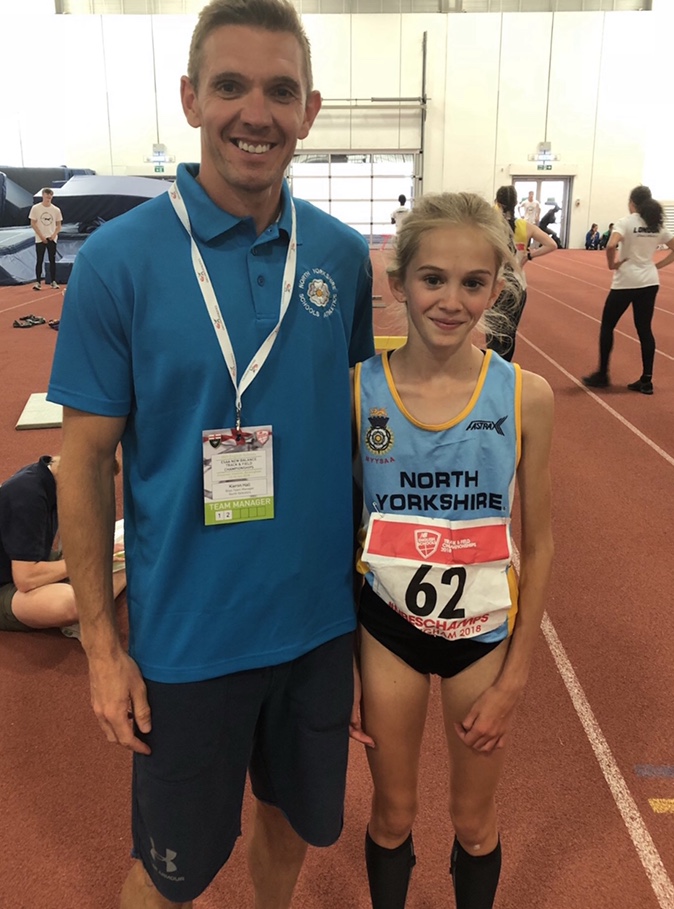