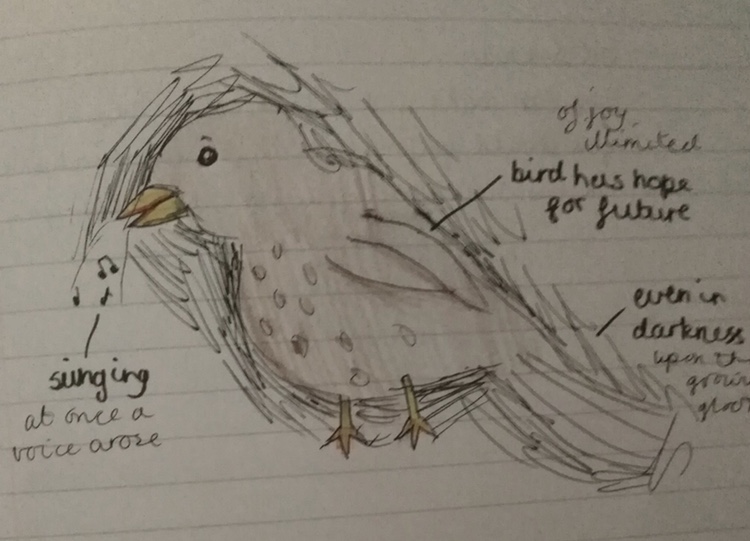 YEAR 9 English students have impressed their teachers with stunning illustrations they have created to convey their understanding of Thomas Hardy’s poem The Darkling Thrush.

English teacher Ms Cortazzi said the students had captured the mood of the poem perfectly in their drawings: “Hardy wrote the poem to show his sadness about the century ending in 1900,” she explained.

“He imagined the dying century as a corpse, lying stretched out in the landscape, and crafted a wintery, desolate scene to convey an image of his despair. Perhaps this linked to his concerns about industrialisation and the loss of the countryside?

“However, at the end of the poem there is a sign of hope for the new century, represented by the joyful singing of a frail and aged thrush. Despite the thrush's fragility, it sings with power and joy, inspiring Hardy to hope for better things in the future.”

You can see some of the students’ illustrations, below, as well as the poem in full. 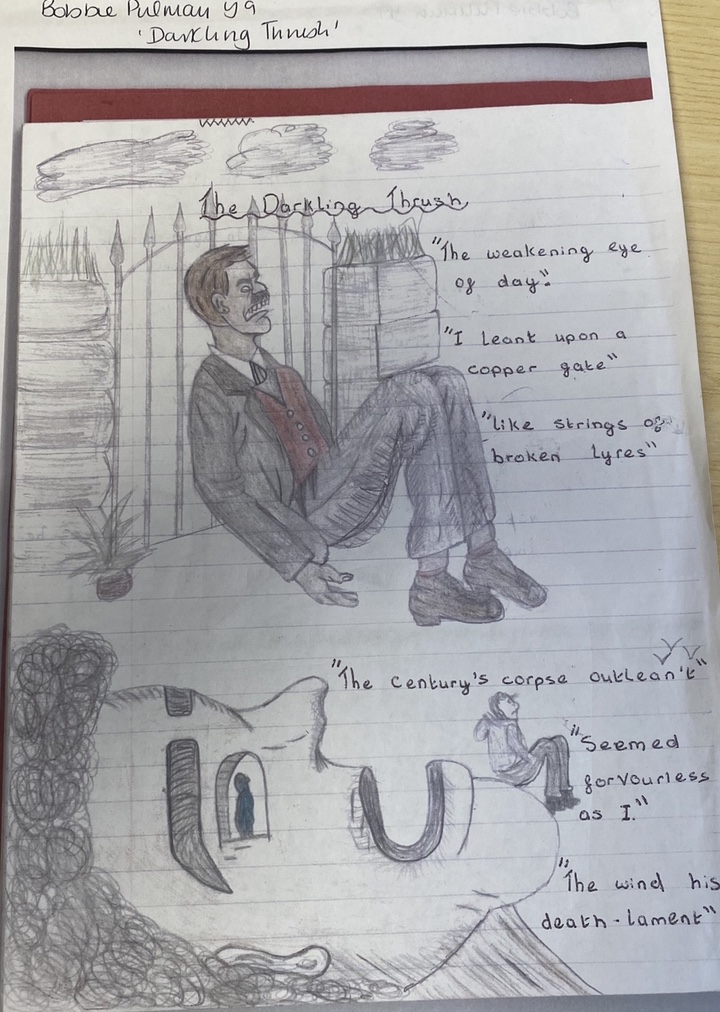 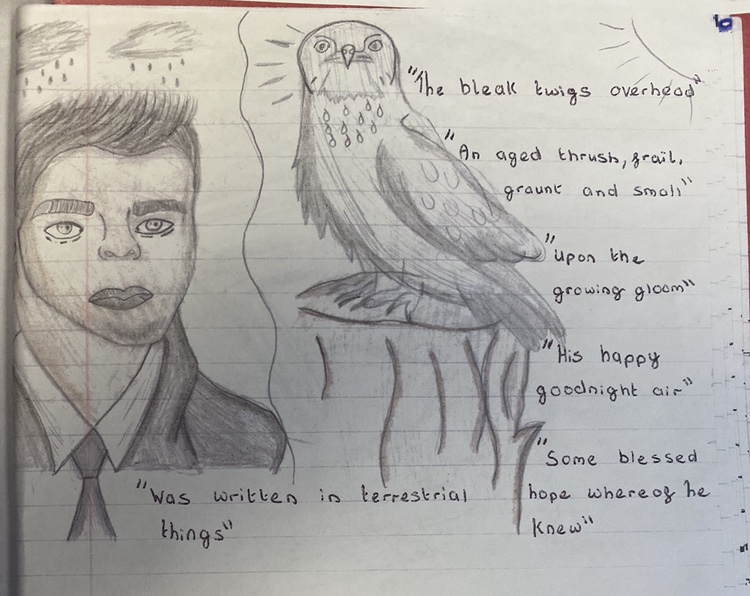 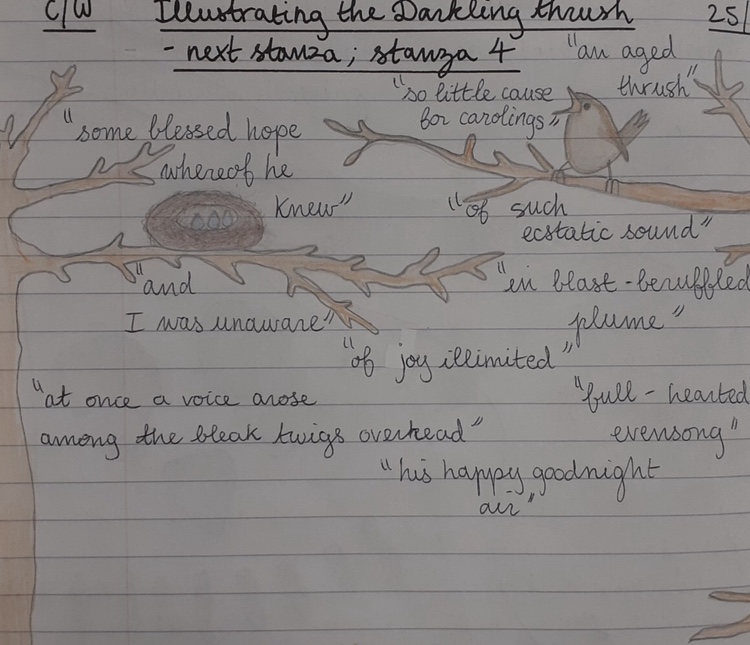 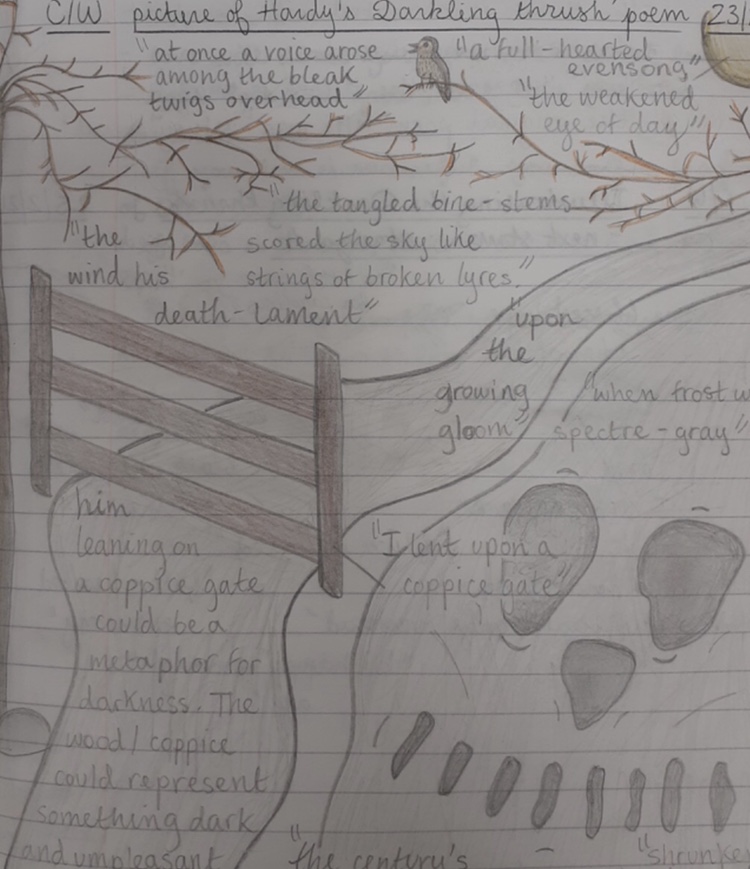 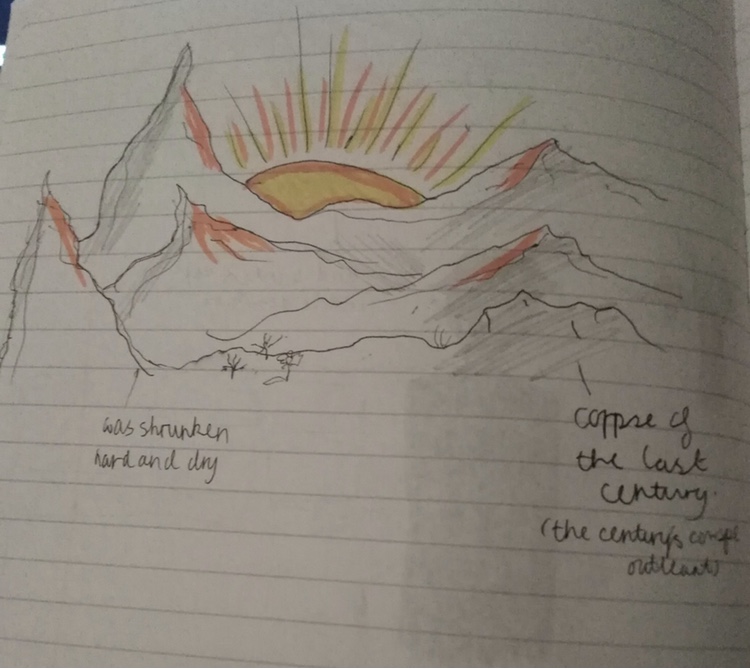 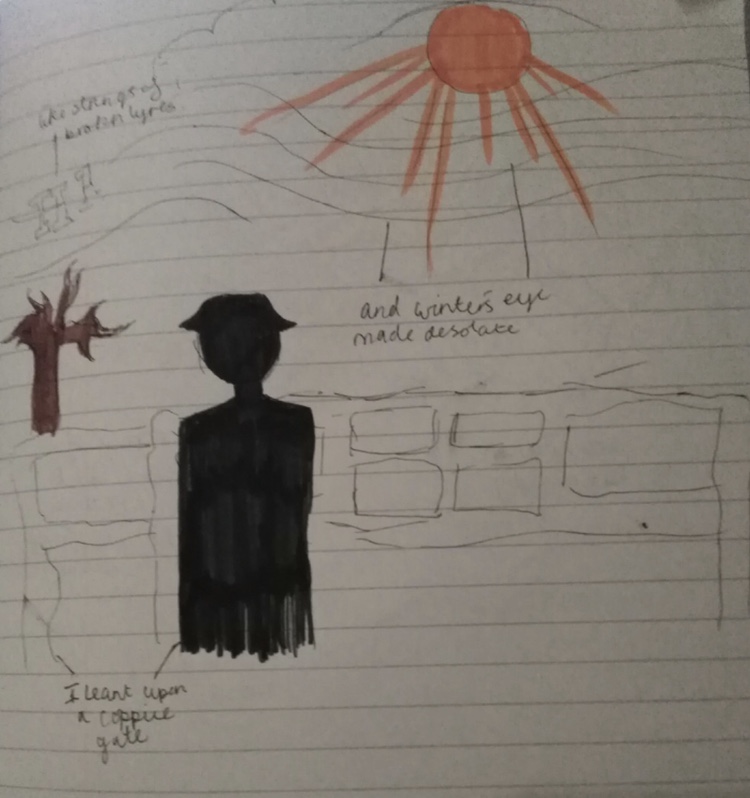 I leant upon a coppice gate

And Winter's dregs made desolate

The weakening eye of day.

The tangled bine-stems scored the sky

And all mankind that haunted nigh

Had sought their household fires.

The land's sharp features seemed to be

His crypt the cloudy canopy,

The ancient pulse of germ and birth

Was shrunken hard and dry,

And every spirit upon earth

At once a voice arose among

In a full-hearted evensong

Had chosen thus to fling his soul

Upon the growing gloom.

So little cause for carolings

Of such ecstatic sound

Was written on terrestrial things

Afar or nigh around,

That I could think there trembled through

Some blessed Hope, whereof he knew

And I was unaware.

YEAR 9 student Phoebe Burton also produced an atmospheric gothic picture to go with this introduction to a gothic story she wrote for another English class exercise.

Lights flickered as It walked slowly, slouched over a stick with stumbling rhythmic thuds on the creaking floorboards. Crackled breaths could be heard as it moved with difficulty. Blackened hair ran down Its face, creating drape like curtains. Its cheeks sagged with old age. A malicious intent glinted bright in Its eyes.

A whistle of wind blew the fire out.

Fearful, and with quick, anxious breaths, I retreated away from Its slow, determined approach. Despairing, I stumbled and fell backwards…A sly shadow fell on me. A piercing scream escaped my mouth.

The grandfather clock in the corner of the room counted every second. It moved closer until I could feel its deep and rancid breath on my skin.

I closed my eyes, expecting the worst. 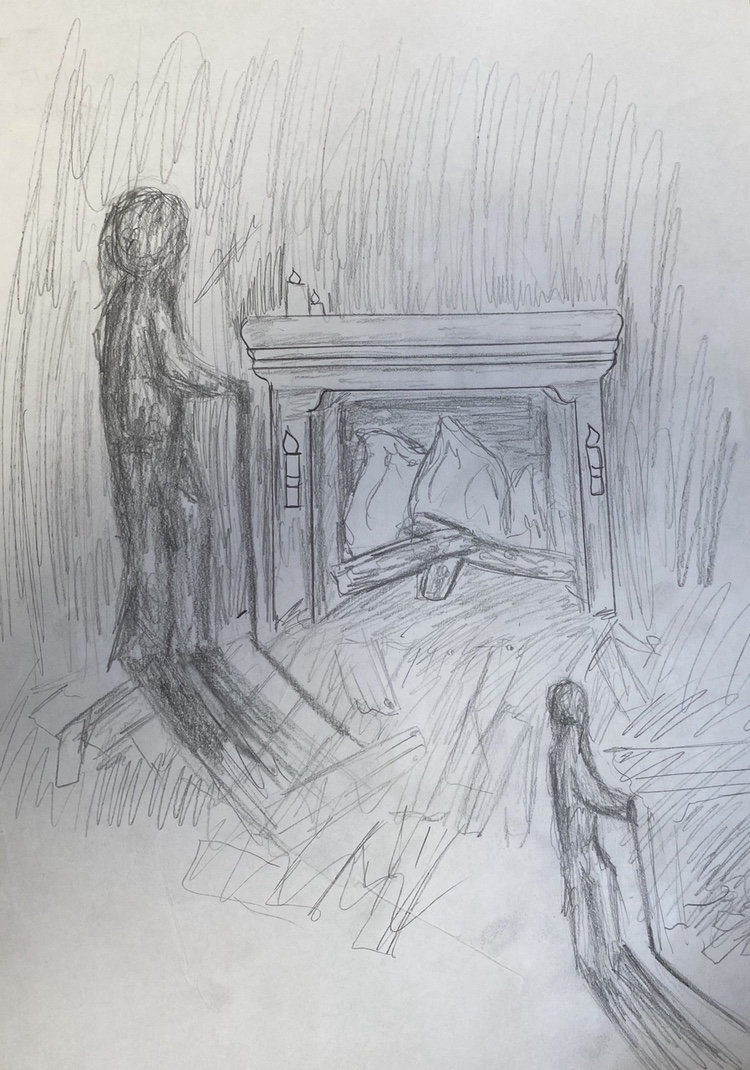