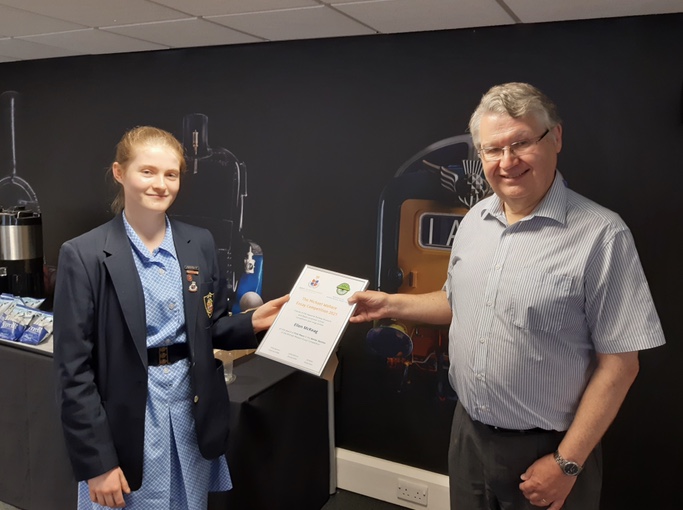 The charity set up the competition in memory of Michael Wallace MBE, the Friends’ honorary secretary and a former deputy headmaster at Ripon Grammar School who died in 2018.

After teaching at the school for 34 years, Michael wanted to leave a legacy to help young people and he set aside £2,500 to be shared over the next five years with the winners of a railway-themed writing competition. 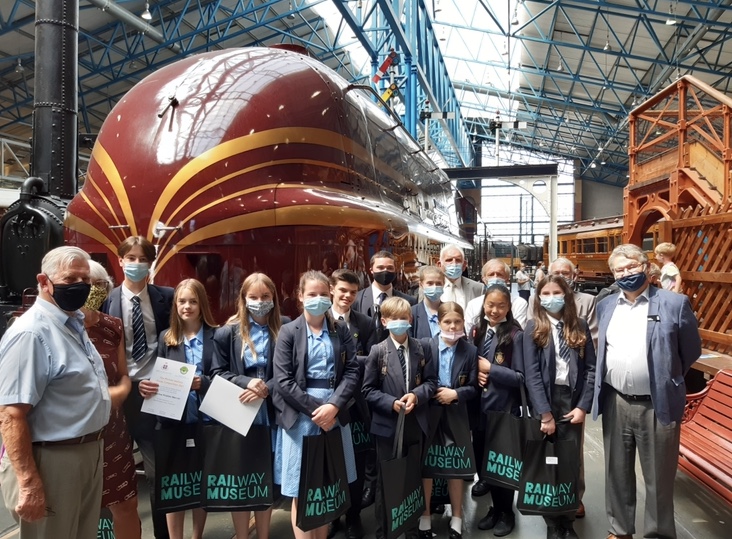 The winner in the senior category (years 11-13) was Ellen McKeag, 17, from Grewelthorpe near Ripon. Her essay explored the future of high-speed magnetic levitation or 'Maglev' trains.

Elizabeth Bordewich, 14, from Burton Leonard near Harrogate, received first prize in the junior category (years 7-10). Her essay, Inspiring Innovations in High-Speed Train Technology, focused on the latest high-speed trains such as the Japanese Shinkansen 'Bullet' train.

Both winners received £150 with second and third place in each category receiving a prize of £50. As well as attending a prize ceremony announcing the winners, each visitor received lunch, a certificate, a book about Flying Scotsman and a personal tour of the museum.

The essayists chose their own titles and entries covered topics as varied as the nostalgia of steam engines on film, to the lost railway station of West Tanfield. 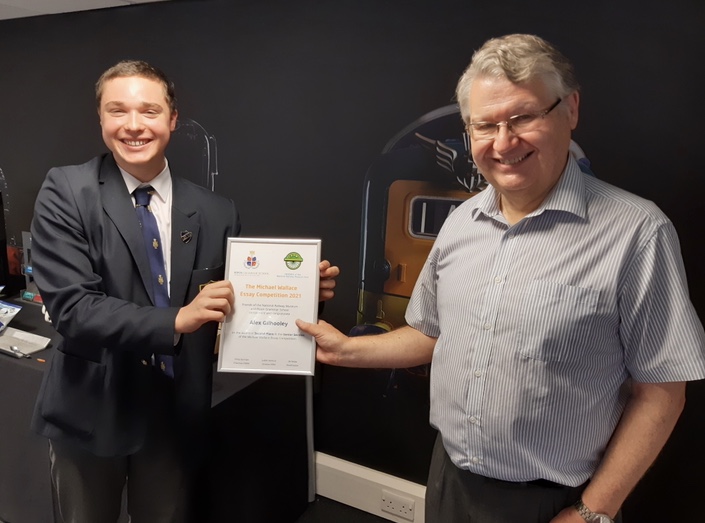 Head of sixth form at Ripon Grammar School, Terry Fell, said: “We were absolutely delighted by the sheer range and quality of the essays that these young writers produced, and particularly impressive was that five of the essays came from our very youngest students.

“I’m sure everyone will have enjoyed the visit to the museum today and I would like to thank the Friends for setting up this competition.”

Philip Benham, chairman of the Friends of the National Railway Museum, said: “Interest in railways among young people is growing - both as a means of transport and a potential career. We were impressed by the quality of the research and the obvious enthusiasm that went into these essays and I congratulate all those who took part. With this level of interest from tomorrow's engineers, designers and managers, the future for the railways looks bright.”

About the National Railway Museum

The National Railway Museum in York has the largest collection of railway objects in the world and prior to Covid-19, attracted more than 750,000 visitors per year

The National Railway Museum in York returns to seven day a week opening over the summer holidays from Monday 26 July. To book free tickets, visit: www.railwaymuseum.org.uk/visit.

The Friends of the National Railway Museum is a registered charity, set up to support the work of the museum