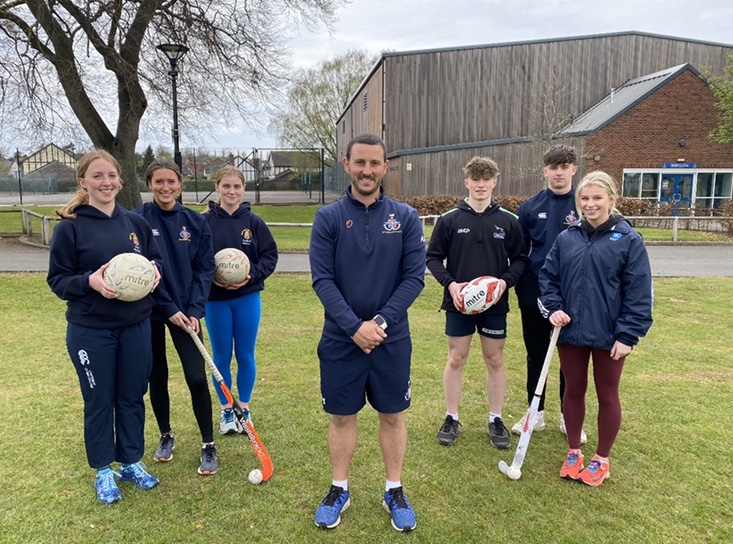 RGS sporting stars, who claimed national and regional titles before the pandemic hit, are excited about returning to competitive team sport – now all they need is some new kit. SOPHIE POINTON reports on how much sport means to our students, and makes an appeal for sponsors to come forward and help support them get back in the game

WITH spring fully underway and summer beckoning, rounders pitches being drawn out on the grass and cricket wickets being set up, students from all years are as keen as ever to finally get going again.

Not being able to attend clubs and practices for months on end has dealt a real blow to the sense of camaraderie and friendship that sport brings, and this is what Felix Lees, a Year 9 cricketer and rugby player, has missed most.

“I miss the atmosphere in the changing rooms before and after a match, and that much sort-after place in the back of the bus after winning a game,” he says.

During lockdown, Felix kept up his fitness in preparation for the return of proper lessons, as did Year 8 students Joel Wood and Libby Acton.

“It’ll be good to hopefully get out with my mates and just have fun,” said Joel, when talking about his preferred sports: football, swimming and rugby.

Joel is also looking forward to being outdoors, in the fresh air, he says. “Instead of stuck in a classroom looking at screens all day,” adds Libby, clearly thinking about attending Ripon Runners and Thirsk Hockey Club once again, having felt, she says, the lack of being in a team, working together, and just having a good time over lockdown.

Lower sixth form student Poppy Lawson, who is taking PE at A-level, agrees. After beginning her BTEC (Business and Technology Education Council) qualification in hockey by spending weeks in front of a screen rather than out on a pitch she says: “I missed the feeling of winning, celebrating with my team-mates and the thrill of playing hockey.”

RGS just doesn’t feel the same without the opportunity to participate in extra-curricular activities, develop physical and social skills and make friends across the year-groups.

Instead of bustling VX matches, enthusiastic netball practice and swarms of Year 7 pupils on the climbing walls, the sports hall was turned into a Covid testing centre at the start of the term, but things are beginning to look up.

According to Mr. Milner, Director of Sport, all sport clubs are set to return from September, which is when matches will hopefully begin to be played on and off-site, as well. And, fingers crossed, the Yorkshire Cricket Cup and athletics events will be able to take place after May half-term!

Year 7 students, who haven’t had the chance to experience this side of school life, have their say on the matter, too.

Rugby and football player Jake McGraw is eagerly anticipating rugby tournaments and being able to do some teamwork, while Juliet Pearson, in the same year group, has been looking forward to rounders, friendly competitions and being in a team again

“Things like that would be fun, since Covid happened we haven’t been doing anything like that,” says Juliet, who also plays netball and hockey.

Additionally, Harry Dixon is ready for the return of playing in cricket teams and afterschool activities. Like his peers, he hasn’t been able to enjoy his two main sports, rugby and cricket, with friends in a competitive environment for a full school year.

Students across all years are looking to join their respective sports teams next year and represent RGS at county and even country level, but, regrettably, our current sports kit is lacking slightly in pizzazz and is in need of a make-over.

The U16 netball, U18 rugby and U18 hockey teams are looking hopefully for sponsors for new kit as clubs re-open and schools begin to consider playing matches against each other once again. Stepping onto a pitch, whatever the sport, in new kit would definitely set the world a little more to rights.

All teams would be sincerely grateful for any sponsorship, as would the rest of the school with regards to the Activities Fund, which, among other things, pays for going to and from fixtures and the support of sport at RGS in the future.

Here’s to coming back to sport with a bang!