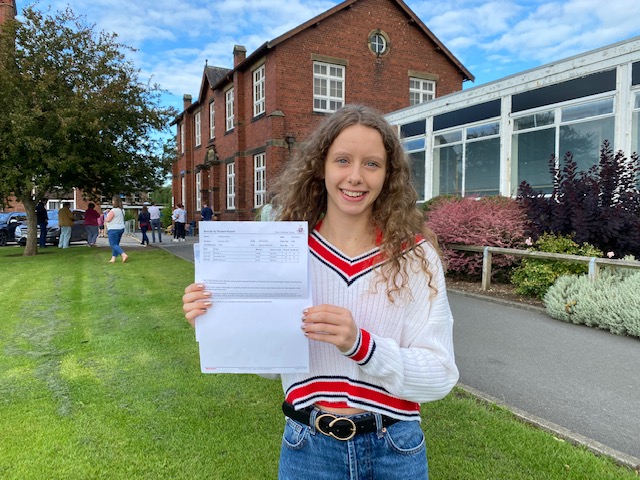 ELITE UK swimmer Christa Wilson is on the crest of a wave after achieving top grades at A-level.

The 18-year-old, from Dishforth, who has set her sights on competing in the 2024 Olympics, was awarded A* in chemistry and As in maths and biology and will now take up a scholarship to study at Grand Canyon University in Arizona.

Ranked in Britain’s top four in her age group for the 200m butterfly, she will be studying chemistry at the US university, which is renowned for its exceptional sports teams.

She told how she had balanced A-level studies alongside a demanding training schedule, involving 3.45am starts and travelling 1,000 miles a week, in addition to a part-time job in a supermarket: “My training involved 140-mile round trips four times a week before and after school as well as attending performance training in Sunderland three times a week.”

The holder of numerous medals at national and international levels, Christa said lockdowns had had an impact: “It has caused our year group to change our outlook on schooling throughout the year and be prepared for any sudden change to our academic plans.”

Crowned county champion for Northumberland and Durham around 20 times, she explained how the pandemic had made her sixth form experience and already demanding training schedule much tougher: “But I feel prepared and excited to embark on my new journey in America and enjoy the challenges of university.

“I have been gifted an amazing opportunity to study and swim at Grand Canyon University, providing me with the opportunity to travel around the US competing against some of the fastest swimmers in the world, as well as embarking in a highly successful academic programme."

A member of the Northumberland and Durham Elite Training Programme and the Borough of Stockton Swim Scheme, she said she was also looking forward to returning home in the summer to compete at British nationals and Olympic trials.