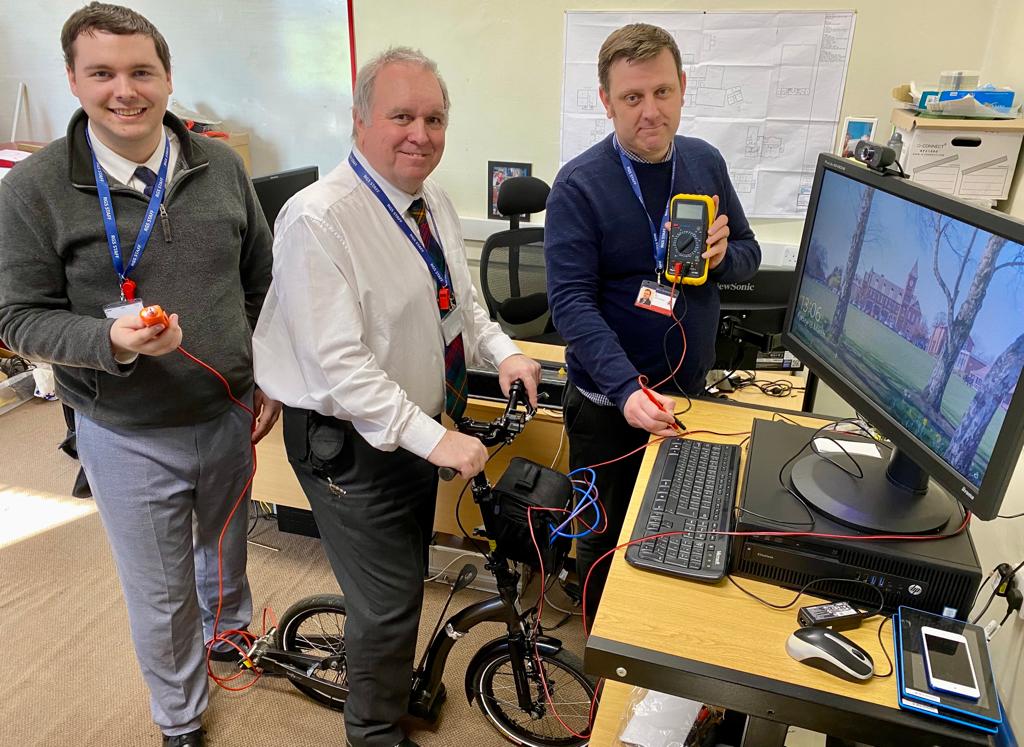 RIPON Grammar School’s pioneering IT staff are pedalling while they work at their keyboards on stationary bikes fitted with special eco-chargers designed to power their office computers and lights.

The trial scheme, which is being assessed with a view to expanding it throughout the school, could help make for a much healthier workforce, as well as reducing RGS’s soaring energy bills.

IT manager Jon Slater, who took delivery of three electricity-generating Upcycle Eco-charger bikes this week, said: “Pedalling a bike at a reasonable pace generates about 100 watts of power an hour. That’s the same energy-per-time used by a 100-watt lightbulb.”

Colleague Bob McLennan, who cycles to work every day, added: “If we pedal for eight hours a day for 30 days, we’d generate 24 kilowatt-hours of energy – that’s huge!”

Mr Slater added that if, as he hopes, the scheme is rolled out to the whole school later in the year, participation would be entirely voluntary: “But we calculate that if all the administration staff, teachers, plus students in classrooms pedal while they work, the savings we make on electricity bills would be more than worth it and the bikes would soon pay for themselves.”

“The concept is so simple, with the energy stored in the battery and fed to the bike’s electric motor to create the power,” added Euan Sloss, the third member of the team. “It’s also fun, and the perfect way to exercise while sat at a computer all day.”

He came up with the idea after seeing eco-charging office bikes in action in his last job with a cutting-edge tech company in Looflirpa, Sweden.