Students honoured for excelling in sport

DEDICATED sporting students honoured at Ripon Grammar School’s annual Colours awards ceremony have been praised for excelling in their various fields during a difficult period for sport.

Colours were awarded to more than 50 talented lower school students, in activities ranging from games to gymnastics, athletics, swimming and equestrianism.

Angel Cook and Kieran Mitra (pictured below) won particular praise as the students who have improved most in physical education over their three lower school years.

Kieran, 14, from outside Ripon, explained how he struggled in games to begin with but managed to overcome his problems as he learned to enjoy his sports more: "I have played quite a lot of sport since joining RGS and I have enjoyed tennis and football a lot. I have been playing a lot of football at both school lunch practice and out of school as well."

Pride of the school are Edith Scott and George Curtis (pictured below), the most outstanding performers over the same period.

Talented dancer Edith, whose ambition is to become a choreographer or run a dance studio, represents her school in netball, swimming, rounders and athletics, and also enjoys hockey and gymnastics.

"I love competitive sport at RGS, it's fun," says the 14-year-old, from Ripon, who juggles her studies with around 15 hours a week dance and gymnastics training.

George represents school in cross-country, swimming and rugby, has represented Yorkshire in triathlon at national championships and will also compete nationally in cross-country this year.  The 14-year-old, from Ripon, who wants to become a sports physiotherapist, dedicates ten hours every week to his training

Director of sport Mr Milner congratulated all the prize-winners: “In current times, it's been great to celebrate and award lower school colours to Y9 students. The PE department is very proud of all these students and ask that they wear their new pin badges with pride.” 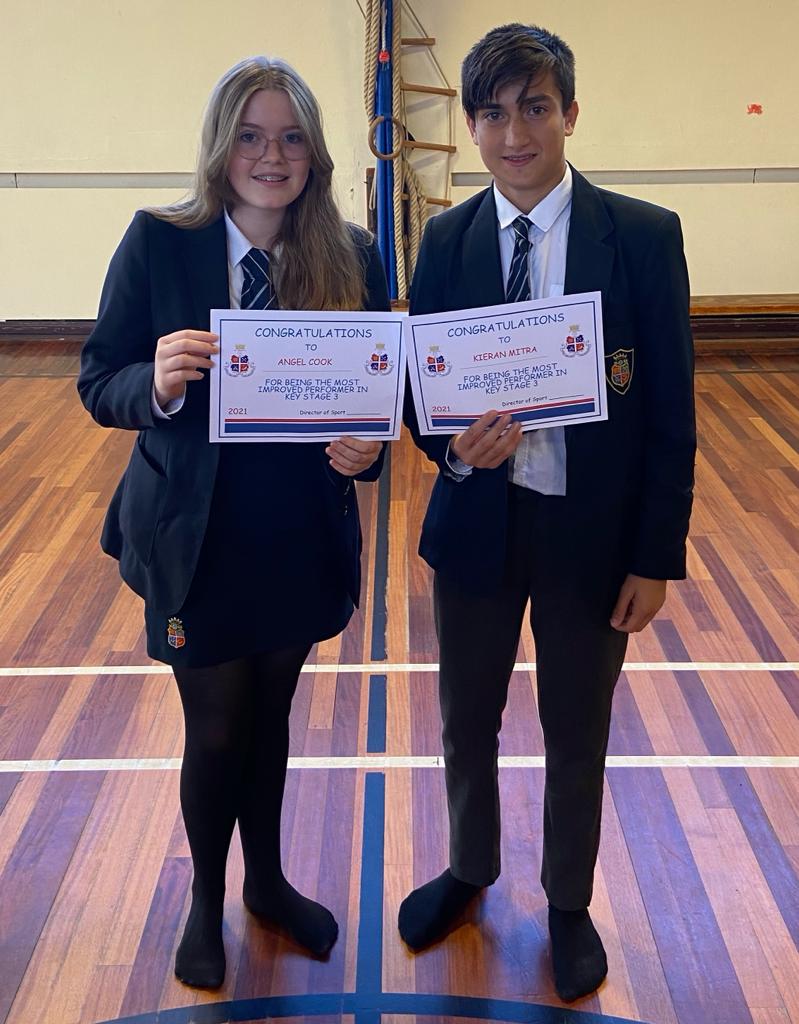 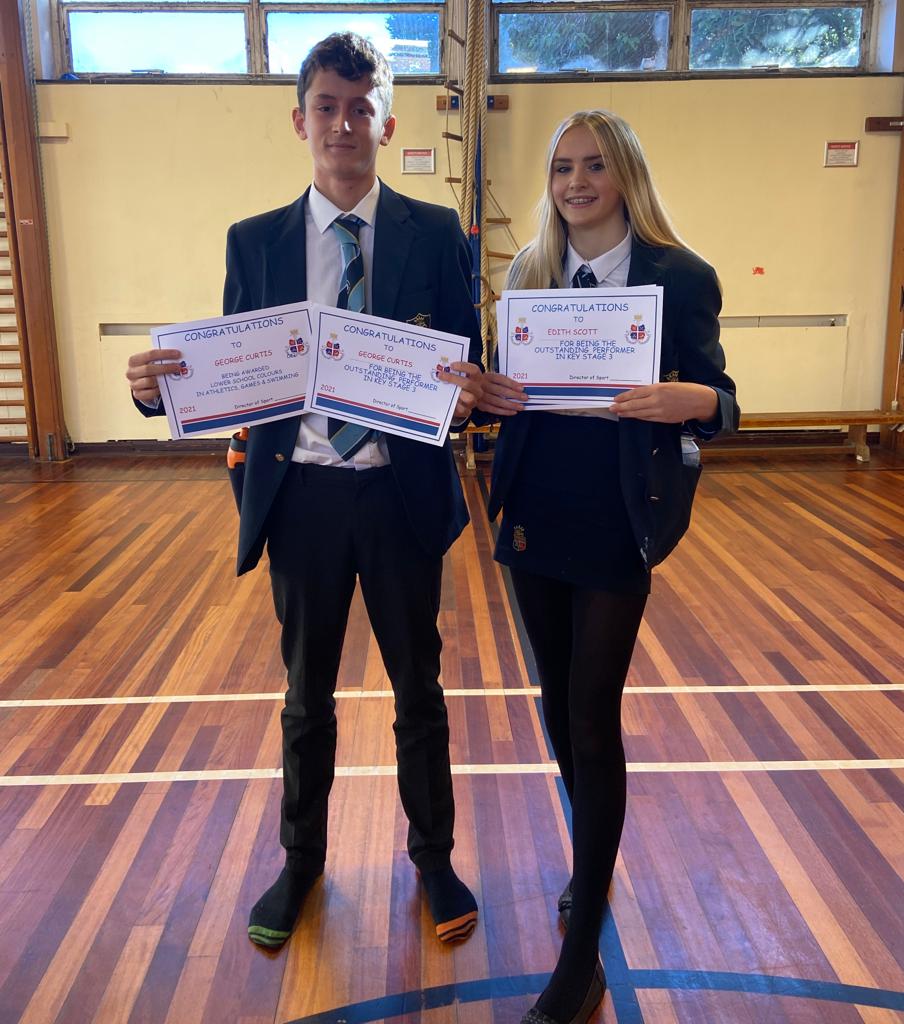 CONGRATULATIONS TO YOU ALL, FROM THE PE DEPARTMENT

Students attaining colours are expected to: