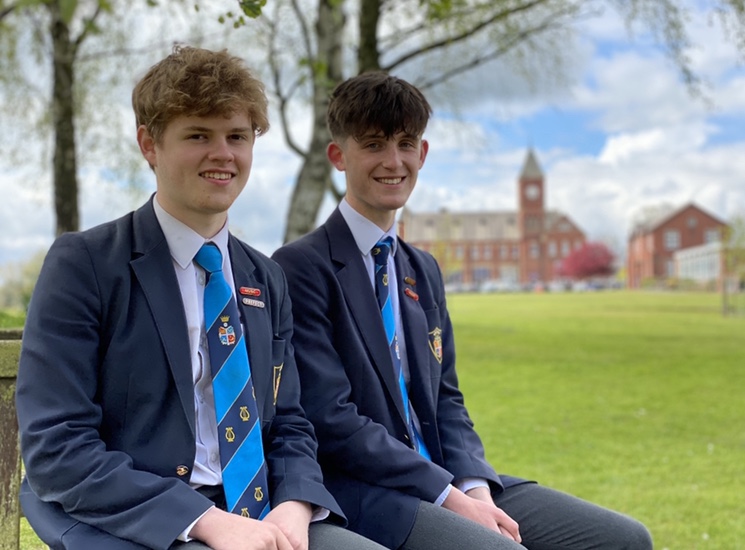 TWO talented Ripon Grammar School students and former cathedral choristers who have been singing together from the age of seven are celebrating leaving school on a high note.

Barnaby has been offered a tenor position in the Clare College Chapel Choir at the University of Cambridge, alongside a place to study maths. As well as singing with the world-famous choir, his exciting new role will involve regular performances on radio in addition to overseas tours.

The 17-year-old, from outside Thirsk, will be following in the footsteps of his parents, Dan and Ruth Sladden, who met when they were Cambridge choral scholars, Dan at King’s and Ruth at Clare College, in the 1990s.

James won his place at Worcester Cathedral, where he will enjoy free accommodation in an eighteenth century flat above the cathedral’s Song School, with spectacular views of the Malvern Hills and River Severn.

The 18-year-old, from Burton Leonard, will spend his gap year singing at six services a week in the cathedral, while helping to run the acclaimed music department there, before applying to study music at Cambridge, Durham or Manchester universities.

Having missed the enjoyment of singing in choirs in lockdown, both boys are now looking forward to letting their voices soar again.

“I’ve missed the opportunity to sing in groups and perform for a live audience,” explained James. “Music has been the focus of my life throughout secondary school, so to leave and capitalise on such enjoyment for a year after lockdown is a dream come true. It’s an amazing opportunity.” 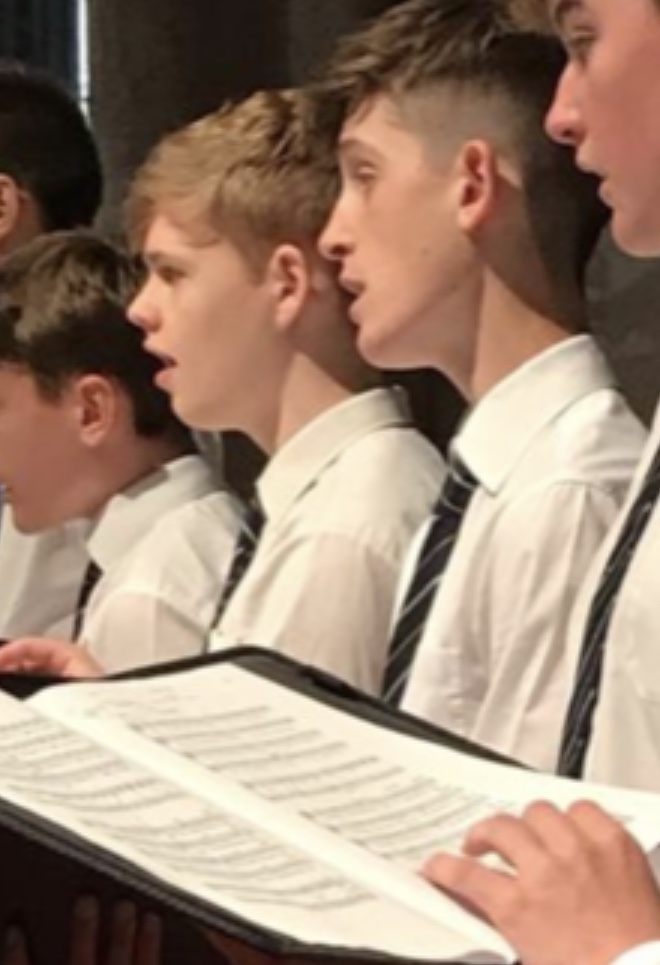 Michael Barker, director of music at RGS, said it was a well-deserved success for two very talented musicians: “The boys have been stalwart members of our senior chamber choir and various other musical groups over the years.

“Choral scholarships are only given out to the select few students who have shown dedication over time and commitment to choral music. I wish them the very best of luck on the next stage of their journeys.”

Little did the boys realise when they started out together as choristers at Ripon Cathedral eleven years ago where their passion for music would take them.

The Dean of Ripon, the Very Rev John Dobson wished them well in their next steps: “James and Barnaby were gifted members of Ripon Cathedral Choir when I arrived in Ripon in 2014. It is such a joy to see them using their musical talents and flourishing so brilliantly."

Barnaby, who achieved Grade 8 in both singing and trumpet and is taking Grade 8 piano this term, is sitting A-levels in maths, further maths, physics and chemistry, and is hoping he will fulfil his offer requirements to read maths at Girton College, Cambridge.

As well as being paid an annual fee for singing three times a week in Clare College Chapel, he will enjoy free singing lessons and masterclasses run by esteemed professional musicians. The renowned choir performs in major concert venues all over the UK and has toured in Japan, the USA, Israel and throughout Europe in recent years.

“I’m very happy to have achieved the opportunity to sing in one of the world’s best student choirs and am really excited to hopefully be singing regularly in the beautiful chapel, alongside many other talented singers,” he said.

Barnaby, whose musical family of seven shot to stardom after posting their moving version of the Take That song Shine on YouTube as a special tribute to NHS and key workers, attracting attention from all over the world, auditioned for his coveted choir place over Zoom during lockdown.

Mum Ruth, a professional musician, runs RGS’s senior girls’ choir and dad Dan, a Church of England minister, the RGS junior boys’ choir, while four of their five children have all enjoyed being a part of the RGS family of choirs, in addition to all five having been Ripon Cathedral choristers. 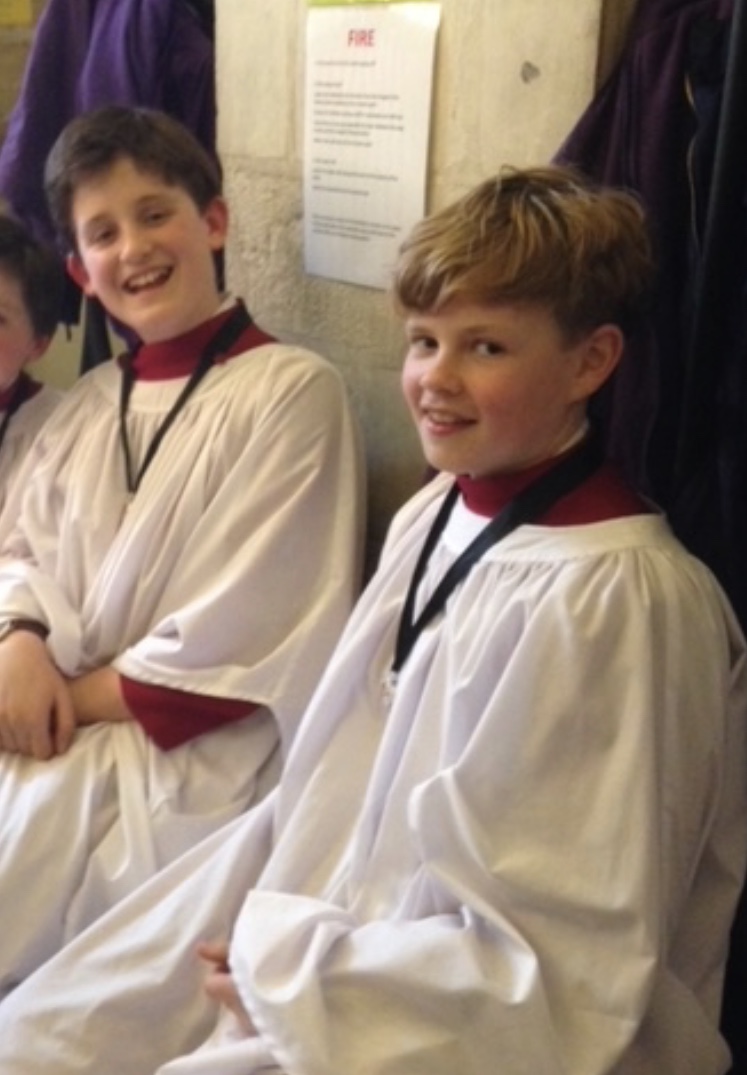 A pianist and trumpet player as well as a singer, James, who won a Saturday place at the prestigious Royal Northern College of Music when he was 16 and has also been admitted to London’s renowned Rodolfus Choir, said his experience of being a cathedral chorister inspired him to pursue the scholarship.

He was offered the job immediately after his audition: “I was pleasantly surprised when I won the scholarship on the day of interview. I’m so excited to continue my musical development at Worcester Cathedral and I’m especially looking forward to singing with a choir of immense quality every day.”

Taking history, music and chemistry at A-level, James has also performed with the Chapter House Youth Choir in York, the National Youth Choir and Opera North Youth Choir and is a founding member of the school’s music society. He achieved Grade 8 in piano and treble singing and plans to take his Grade 8 in tenor singing, as well as his piano diploma, soon.

He was attracted by the high standard of music at Worcester, where the choir is renowned for its regular radio broadcasts CD releases: “They are also a part of the prestigious Three Choirs Festival, the oldest choral festival in existence, which I am interested in.”

As a choral scholar, as well as being paid £3,000 a year and enjoying rent-free accommodation, he is looking forward to free singing lessons and mentoring from acclaimed professional musicians.

Mrs Kitchingman, who recalled how James could pick out a tune from a young age, said: “I was excited for James, particularly as he was called straight back into the audition room by the Canon Precentor at Worcester Cathedral and offered the job on the spot. They could tell he had perfect pitch apparently.”

She praised James’s music teachers, including Matt Lennox (singing) and Dr Karen Ounsley (piano) for all their help over the years.

Mrs Sladden added: “We are so pleased for Barnaby that he has this opportunity to study in Cambridge, and to sing in such a wonderful choir.”

“He has worked hard on his studies and music throughout his school life. We are all grateful to the staff at RGS, all of his many wonderful music teachers past and present, and all those at the cathedral during his chorister years for their support and musical guidance.” 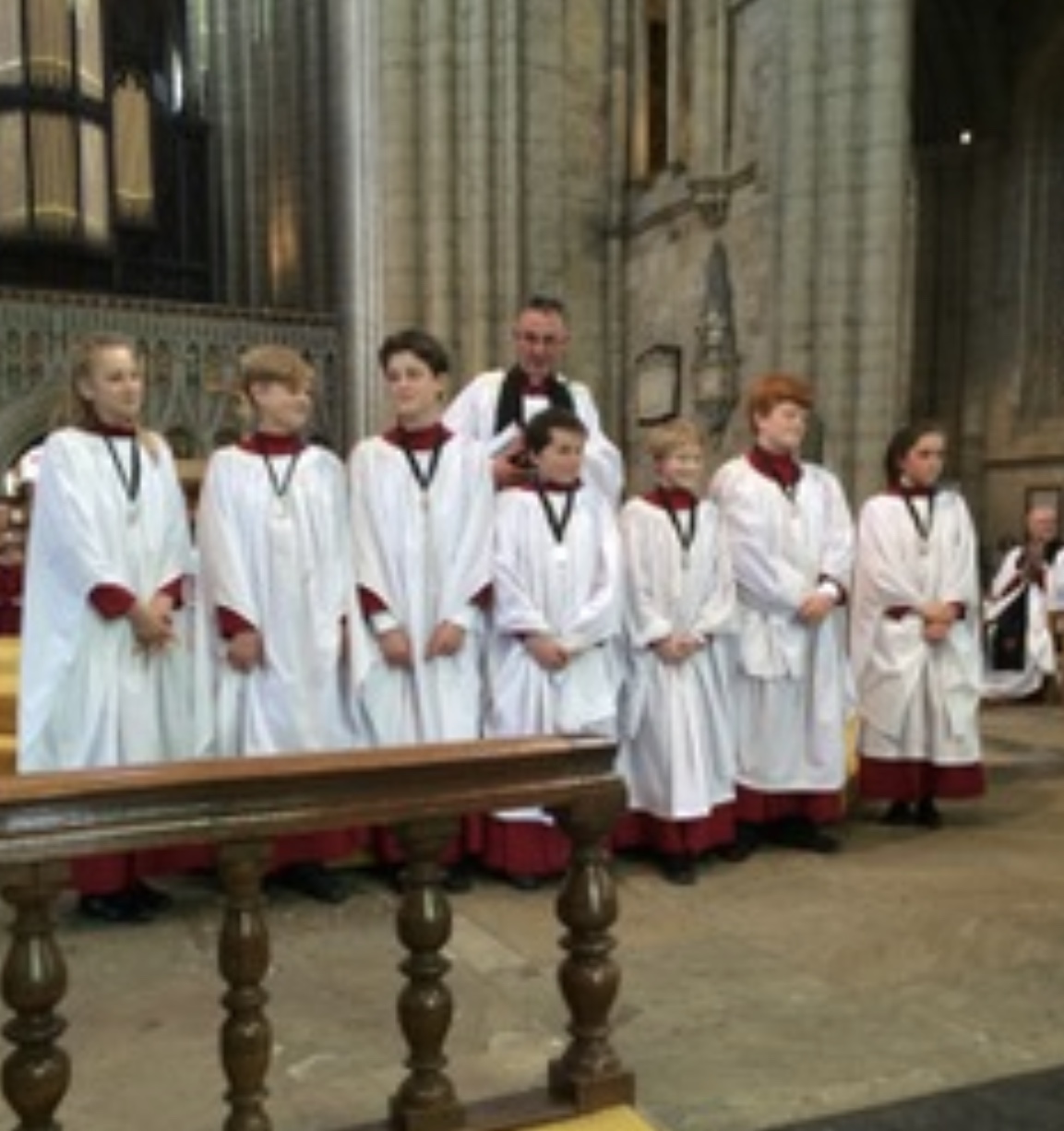