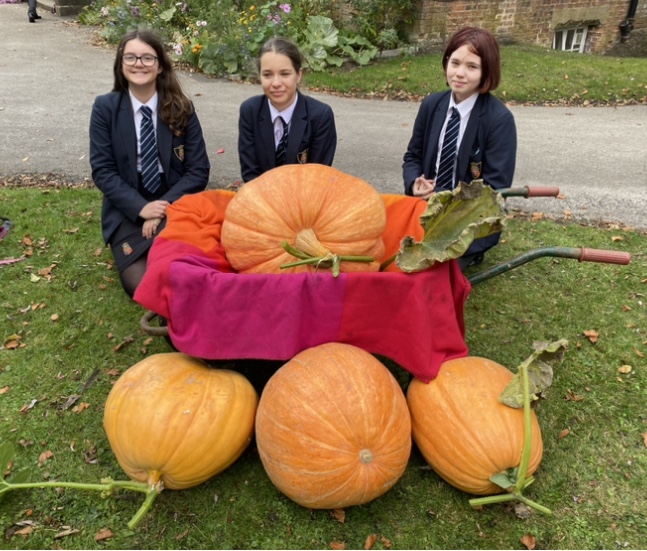 PROUD Wild RGS club students reaped the rewards of their hard work when they harvested four giant pumpkins which they grew from seed.

Students planted four Dill's Atlantic Giant pumpkin plants, one for each of the school's four Houses, in the flower beds in front of the Bishopton House entrance in June, having grown and nurtured them from seed since May.

A member from each House - De Grey, Hutton, Porteus and School House - planted a pumpkin each, with a wide array of volunteers joining a watering rota over the summer holidays.

De Grey managed to grow the largest pumpkin, and it is now at the centre of a Charity Week 'Guess the Weight of the Pumpkin' competition, with two of the other pumpkins going to the boarding houses for carving, while the fourth will be turned into something tasty in Mrs Solden's food and nutrition classes.

Wild RGS champion Mr Bruce said: "Our volunteers did a superb job of keeping these hungry plants growing. The pumpkin vines expanded with a slightly frightening speed and we had to prune them to stop them impeding entrance to the headmaster's new office suite!"

He put their success down to the sunny location and the organic comfrey feed, which students brewed up using Mr Bruce's own homegrown comfrey leaves, administered at intervals during the summer: "It's phenomenally stinky but potent stuff," he said.

De Grey: the winner by far (weight will be disclosed after the Charity Week competition) 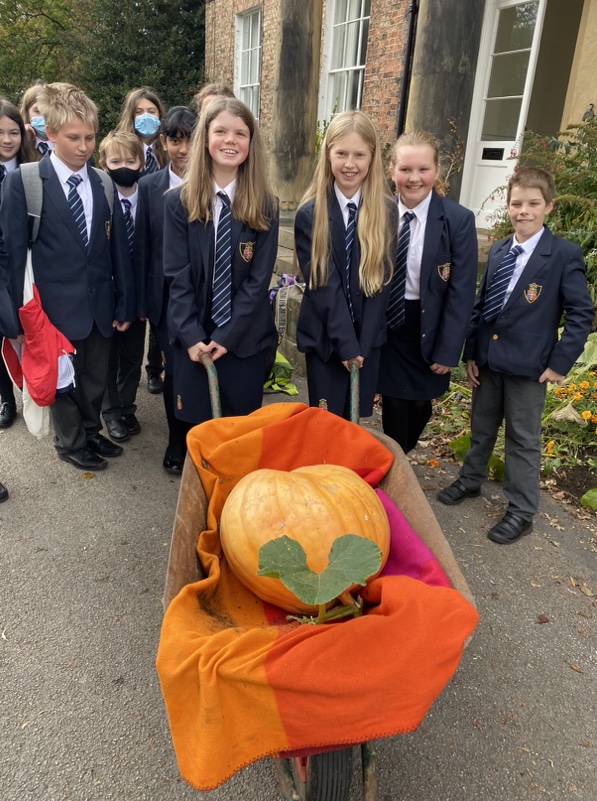 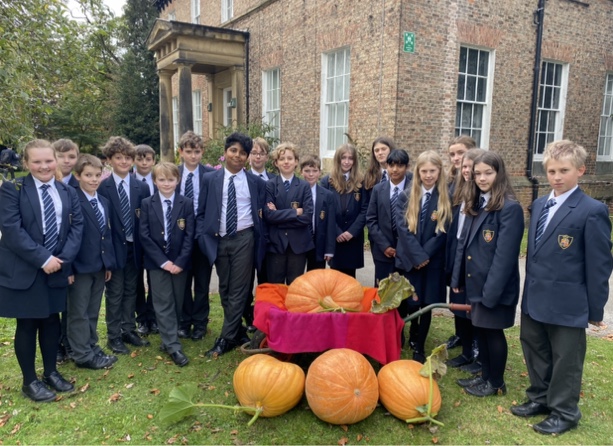 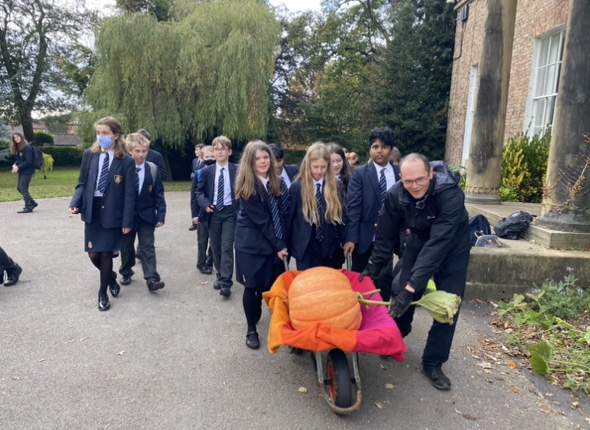 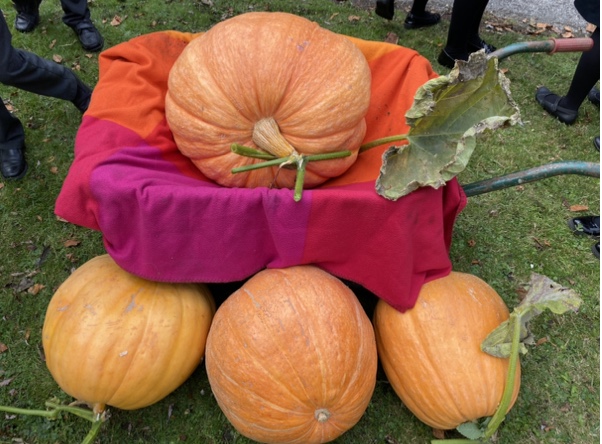 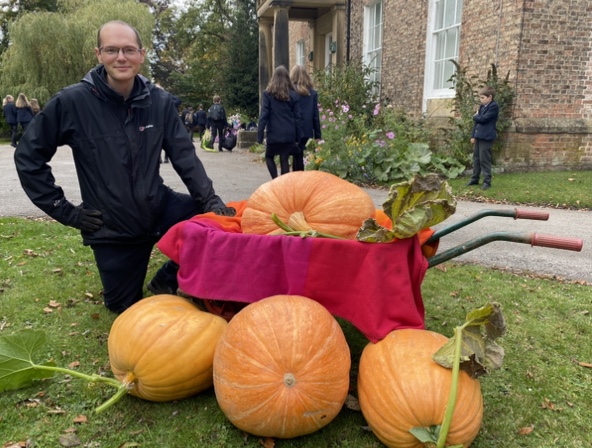 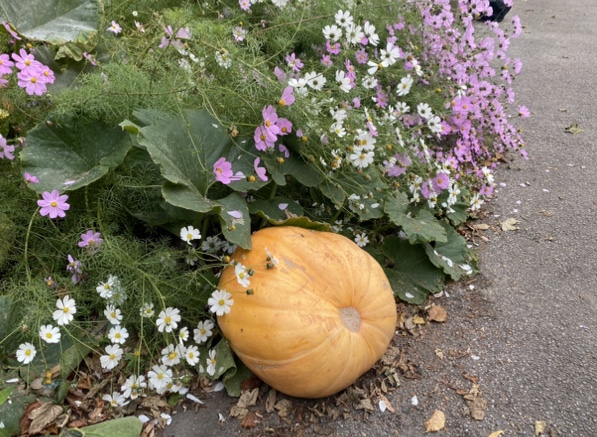 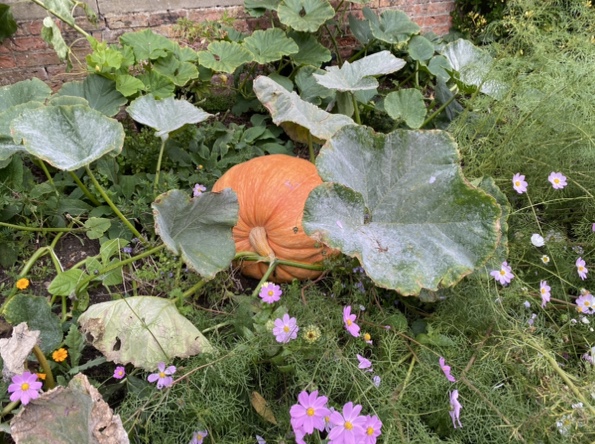 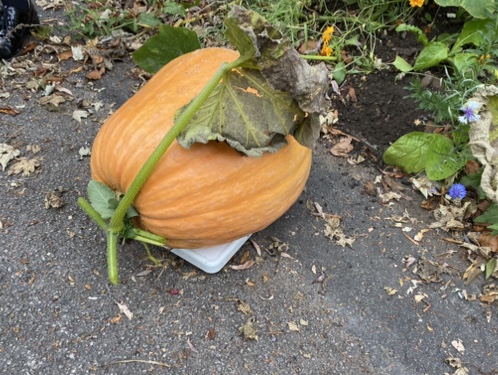 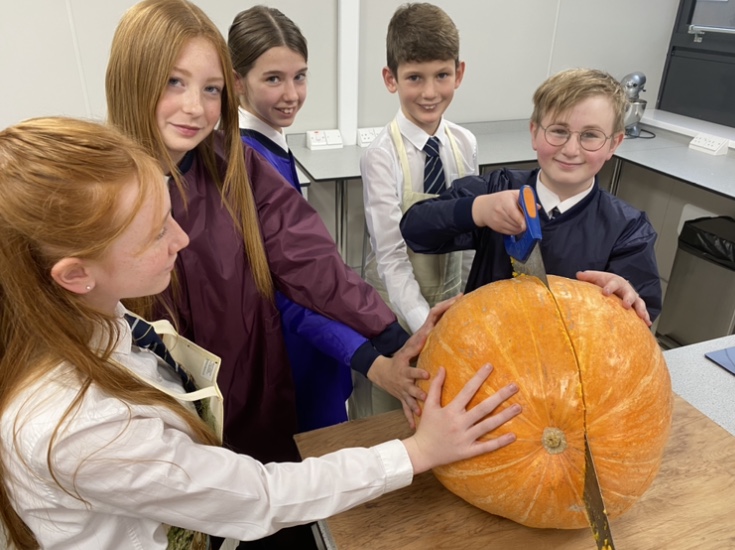 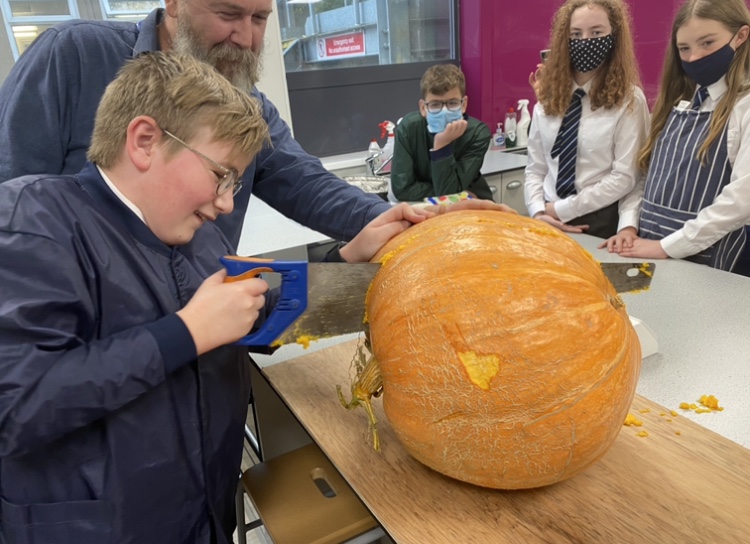 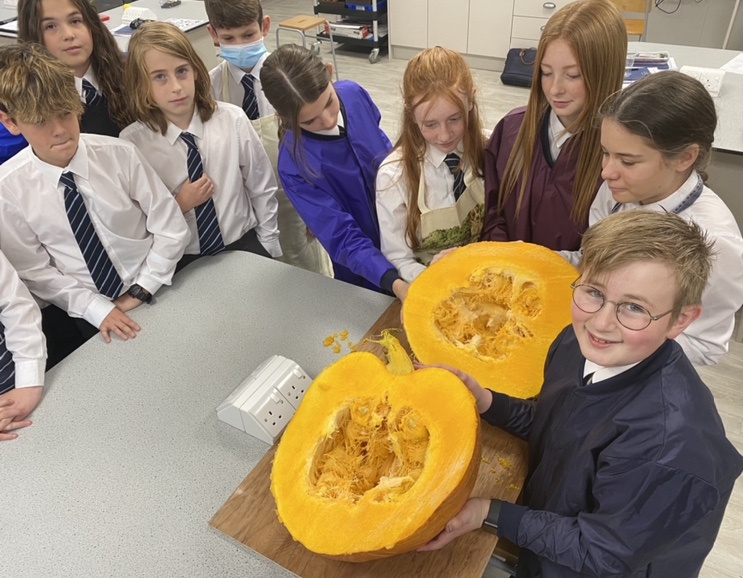 Mrs Solden's Year 8 food & nutrition student Sam took a saw to one of the pumpkins, which he and his classmates are going to turn into a tasty soup 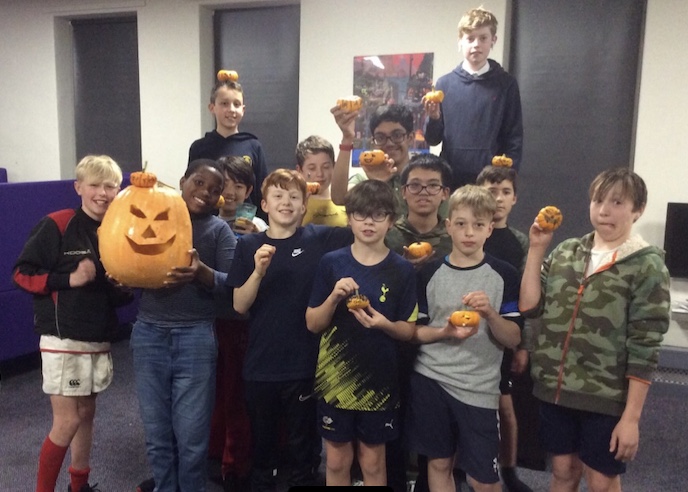