Head of physics and multi-talented panto star takes a bow 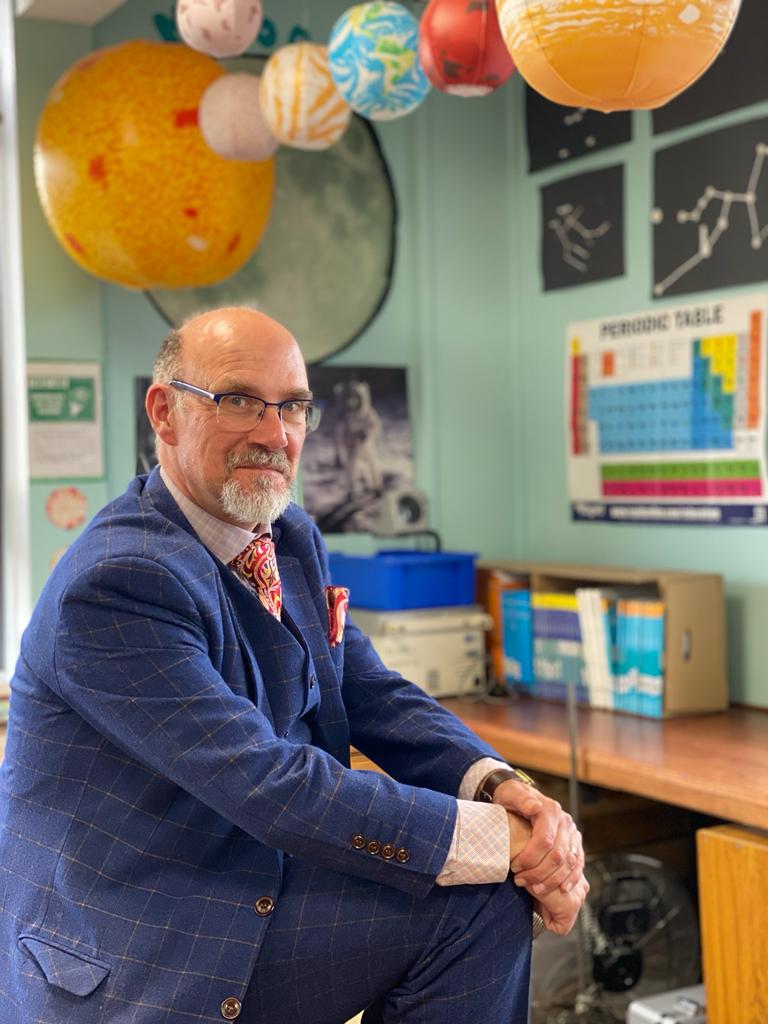 Multi-talented Mr Griggs, who leaves RGS after 15 years as head of physics, looks back on his time at school, where highlights include starring as the Wicked Witch in the staff panto

Q: When did you start at RGS and what roles have you enjoyed?

A: I started at RGS in September 2007 as head of physics, a role which the school advertised three times that year before employing me! Over my 15 years, I have helped out with Duke of Edinburgh expeditions, taken trips to CERN (the European Council for Nuclear Research) in Geneva and taken an active role in charity week, both in the panto and dancing and singing on stage with Dr Grime.

Q: What has been the best part of the job?

A: The best part of the job is being in the classroom with the students during lessons.

Q: What has been the worst part?

A: The worst part of the job is marking - reading thirty very similar answers can be very boring!

Q: What did you do before teaching and what was your job before RGS?

A: I used to work as a geophysicist for an international oil exploration company in London before training as a teacher. Before coming to RGS, I was head of science in a large comprehensive school in Essex.

A: I will miss working with my colleagues the most - the physics department is like my extended family, full of mad uncles and aunties!

A: Outside school I am vice-captain of Ripon City Morris Dancers and regularly play my cigar box guitar and sing on-line and at local events. I also drum with the 400 Roses Tribal Belly Dancer group!

A: That I only picked up the guitar during lockdown, having never played an instrument or sung in a choir before.

A: I am looking forward to playing more at live music events and joining more morris dancing teams.

A: I have seen lots of new buildings go up - the sports hall, music block, sixth form block, the maths block and the humanities block, as well as the removal of the old demountable classrooms! It still manages to look like the same school I joined.

A: I feel most proud of the development of the physics department, as well as my roles in the school panto (although I fear I may forever be type-cast as the Wicked Witch)!