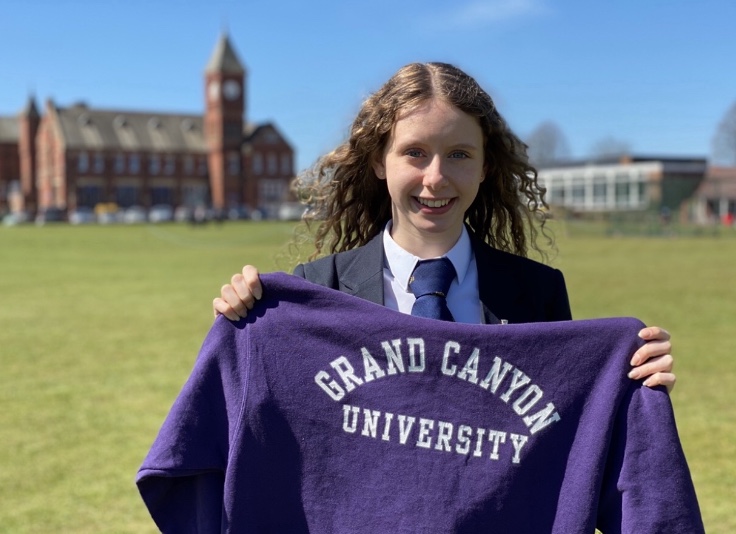 A RIPON Grammar School student and top British swimmer has been awarded a full scholarship at a leading American university, taking her one step closer to her Olympic dream.

Christa Wilson, who will be heading to Grand Canyon University in Arizona, is the second star athlete from RGS to be snapped up by a top US university.

The 17-year-old, ranked in Britain’s top four for the 200m butterfly, will be studying chemistry at the university, renowned for its exceptional sports teams, while setting her sights on the 2024 Olympics.

The holder of numerous medals at national and international levels, Christa was pursued by three other US universities, who all offered full scholarships, but felt Grand Canyon was the best fit.

“It will be amazing to train and compete in America, a thrilling experience to compete against the fastest swimmers in the world and train alongside Olympians. My goal is to compete in the 2024 Olympics after qualifying for this year’s Olympic trials.

“Grand Canyon will provide the best facilities, training programme and team dynamics for me over the next four years, allowing me to swim and study to the highest possible standards,” she said.

As well as her tuition fees throughout her four year degree course, the university will pay for Christa’s accommodation and all other costs including food, sports kit and equipment, with the bonus of a generous personal spending allowance.

Mum Kathryn said Christa, who learned to swim at sixth months old, had demonstrated great dedication since she began competing at the age of nine: “The whole family are extremely proud of Christa. All the years of missing social events, days out and sleep due to 4am starts has finally paid off due to her hard work.”

She added: “I would like to thank the staff at RGS for supporting Christa both academically and for her swimming throughout her time at the school.”

Headmaster Jonathan Webb congratulated Christa for being awarded such a tremendous opportunity: "Christa has shown real dedication over the years and this is a just reward for all those early morning starts!" he said.

Crowned county champion for Northumberland and Durham around 20 times, Christa says her aspiration for her freshman year is to qualify for National College Athletic Association Division 1 Swimming Championships: “It’s the fastest swimming meet in the world.”

She explained how she juggled her A-level studies in chemistry, biology and maths to prepare for a challenging five-hour exam to secure her sought-after Grand Canyon place: “It’s an extremely competitive process, often leaving athletes rejected from their dream schools,” she says.

Alongside this, she maintained her punishing training regime, consisting of 3.45am wake-up calls to travel 140-mile round trips for early morning and late evening sessions in the pool every day before and after school, alongside additional gym sessions.

In addition, she sat extra maths and English papers, with her results placing her in the top four per cent of entrants to earn a ‘top set’ place: “Grand Canyon is a strong academic school, so I was required to get the highest grades possible,” she explained.

Christa, from Dishforth, who achieved top grades in her GCSEs, plans to take a two-year post graduate course in forensic science following her four-year chemistry degree.

A member of the Northumberland and Durham Elite Training Programme and the Borough of Stockton Swim Scheme, she is excited about the next stage of her journey: “Grand Canyon is a largely international school, so I am able to share my experience with a lot of other student athletes.

“In my apartment I will be with girls from Greece, Spain and Finland, so I can learn about exciting new cultures and enjoy my experience even more, and the weather is a great asset!”

She added that she was looking forward to returning home in the summer to compete at British nationals and in Olympic trials. 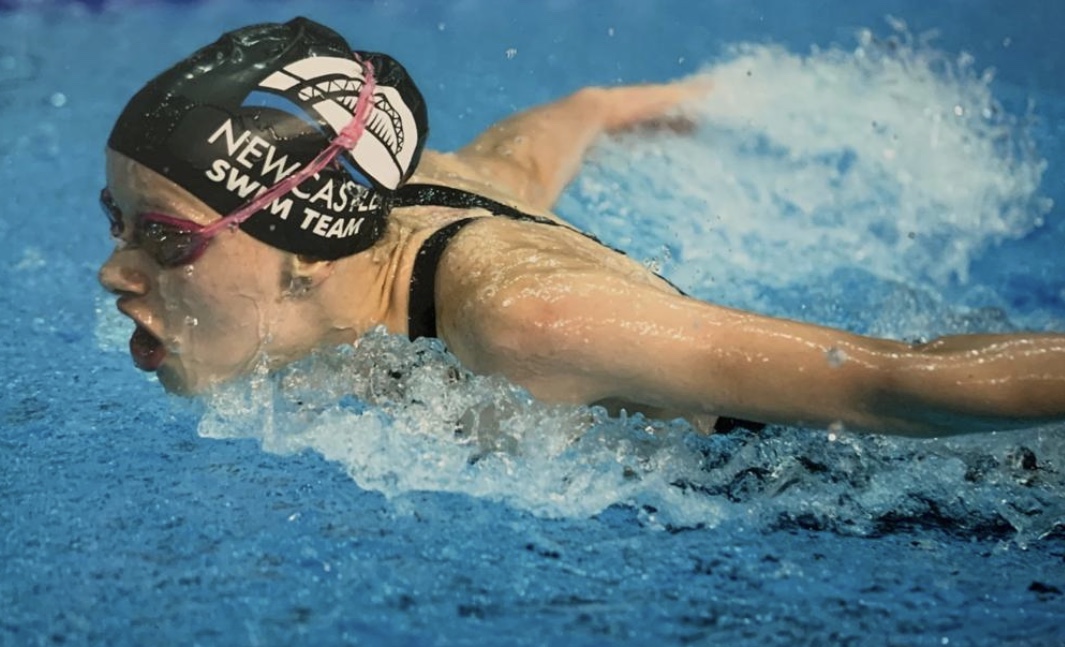 Q: What did the application process involve and who helped guide you through it? What was the most challenging aspect?

A: Initially, I signed with a recruiting coordinator who helped me contact a wide variety of college swimming coaches in America. I attended Zoom calls and spoke to the coaching staff, helping me explore further into each university and the programme they had to offer. Overall, I was contacted by around 50 coaches, exchanging contact details, eventually narrowing the search down to around 15 of them. After several Zoom calls I was able to compare each university and decide the most suitable place for me. The most challenging part of the process was turning down all of the other amazing schools I received offers from. However, Grand Canyon University is able to provide the best facilities, training programme and team dynamics for me to enjoy the next four years.

I also had to participate in a five-hour exam to earn my academic scholarship, in addition to sitting two extra maths and English papers to secure my place in the top sets for each subject. GCU is a strong academic school so I was required to get the highest grades possible to succeed in earning a place in the top set- my results placing me in the top four per cent in the world. I studied for these tests alongside my A-level preparation and swimming schedule. 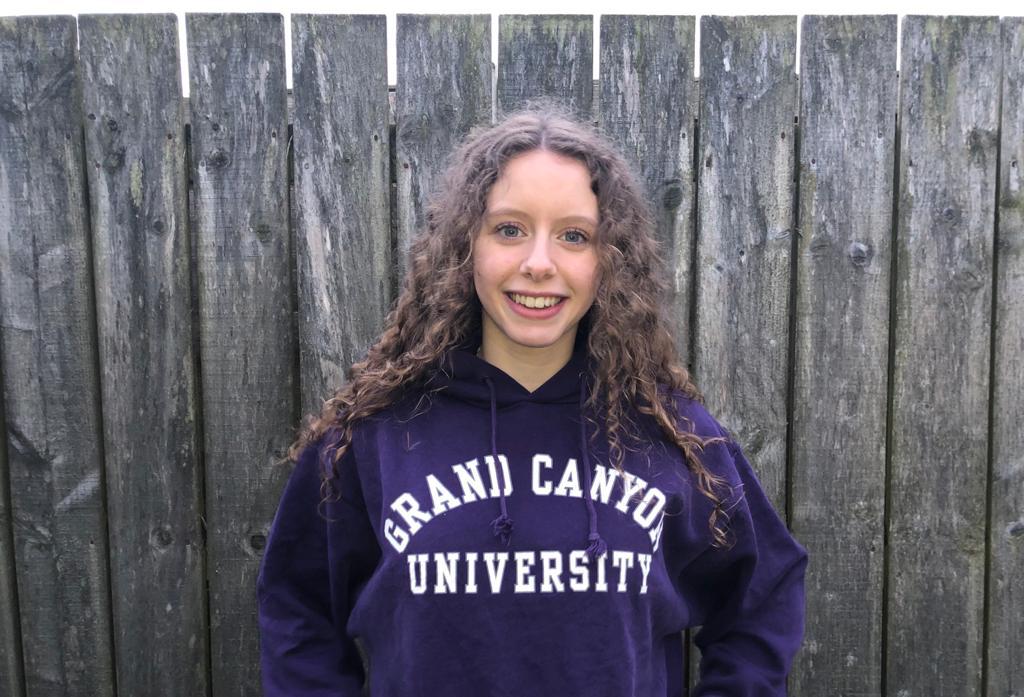 Q: How competitive is it to win a place?

A: There are 14 full scholarships available to be divided between the 30-strong women’s swimming team. They are unable to spend over this amount, so they must select the best athlete both in the classroom and in the pool to build the best roster they can to be successful at championship meets. This is an extremely competitive process, often leaving athletes rejected from their dream schools.

Q: What was your reaction when you won your place?

A: When I was first offered the scholarship by my coach at GCU, I didn’t commit to the college immediately even though I was excited. I also had three other full scholarship offers to consider, so I needed to explore the pros and cons of each college, before committing to GCU. Once I signed, I was able to celebrate and share the news with my family and friends. 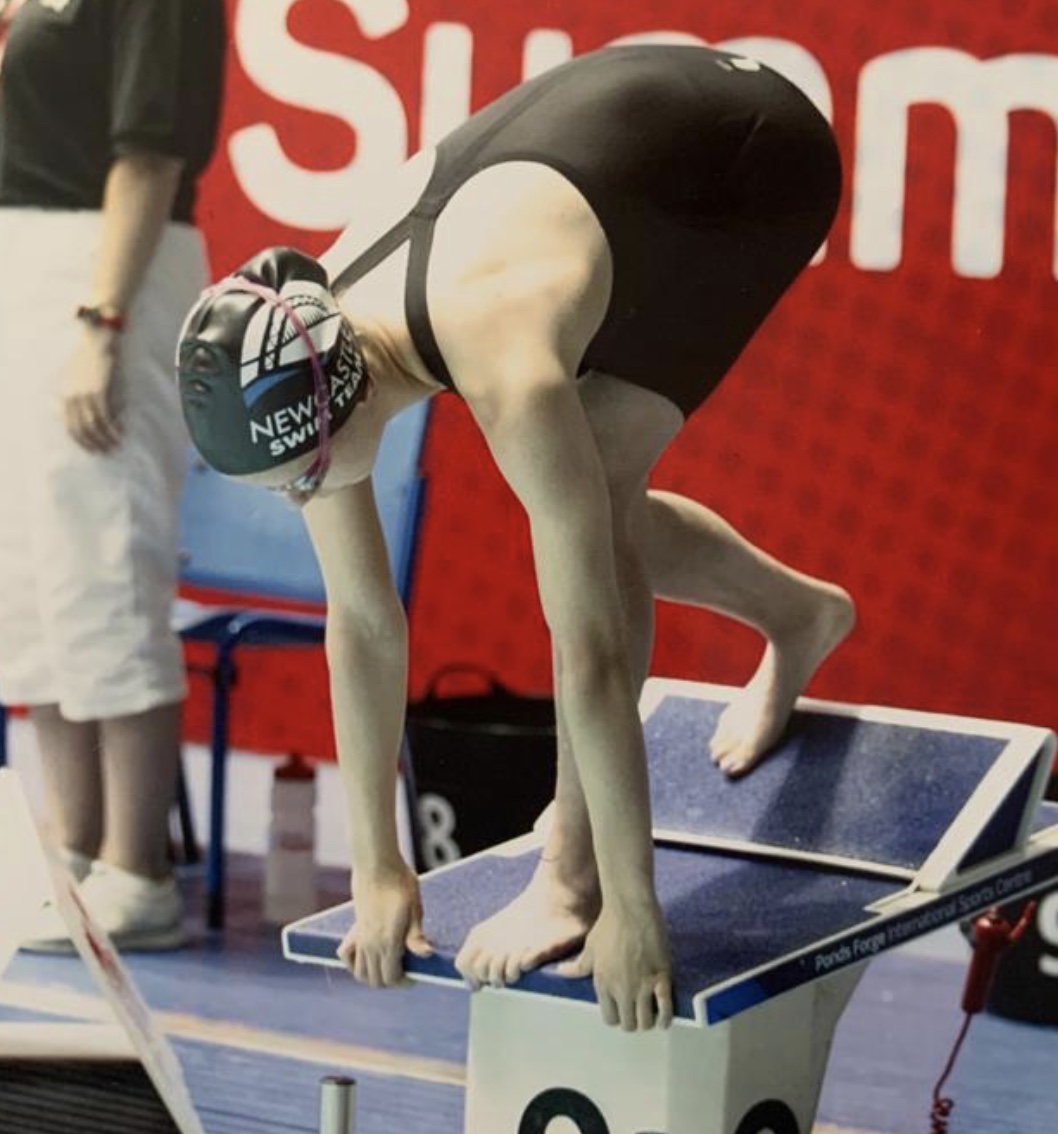