BIOLOGY: Unlocking the secrets of evolution 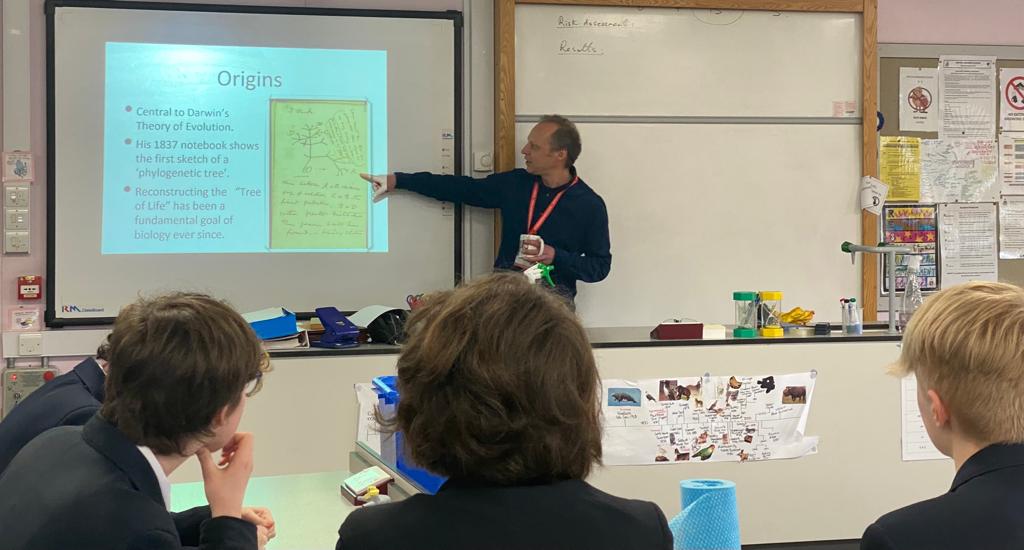 Keen biologists were treated to a fascinating lecture by Durham University geneticist Magnus Bordewich, who has conducted world-leading research into the phylogeny of the Covid 19 virus. Year 11 student ANNA BRADLEY, who invited Prof Bordewich to talk to the Friday lunchtime Biology Society, reports

HOW do species relate to each other? What does the evolutionary tree look like? This has been a fundamental question of biology ever since Darwin proposed his idea of phylogeny.

It’s just one of the topics covered in Ripon Grammar School’s Biology Society, which meets at Friday lunchtime to discuss off-curriculum topics, from the case of the cyclops lambs to the creatures of the deep sea or cancer stem cells - open to anyone with an interest in nature and/or biology, or just a curiosity about the week’s topic.

Professor Magnus Bordewich from Durham University joined us in April to talk about his work in phylogenetics (studying the evolutionary development and diversification of species).

Yet, figuring which species relate to which isn’t as simple as looking at their characteristics. Birds and bats both have wings, but they aren’t close to each other on the evolutionary tree - one is a mammal. Instead, the key to knowing where a creature fits within the tree is found at the cellular level, in DNA gene sequences. 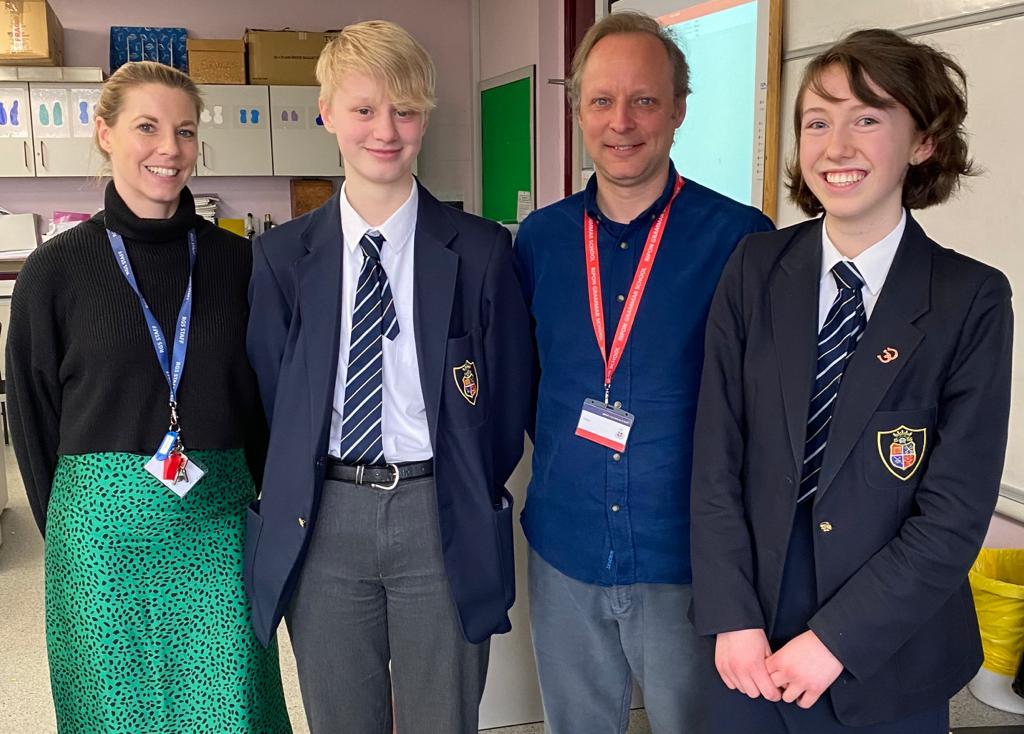 Prof Bordewich explained how one might start to piece together the evolutionary relationships between species using the DNA code, and an algorithm.

It all begins with writing out the sequence- there are four nucleotide bases within DNA, whose unique arrangement within genes code for a multitude of proteins. Once read, a series of letters - A, T, C, G, - can be found and compared with the genomes of other species, which are collated in GenBank, an international database of nucleotide sequences, holding the information of more than 200,000,000 genomes.

Still, comparing the DNA between creatures to see which are more closely related isn’t clear cut. A section of a sequence containing ten characters has 100+ possible matches, meanwhile, a sequence with 100 characters has a seemingly unlimited range of options.

Instead, Prof Bordewich and his team use a program of ‘fitness’; when proposing an evolutionary tree, DNA sequences are compared to see how well they ‘fit’, then, a potential change is made, and the fitness tested again. The ‘fitness’ relates to whether corresponding nucleotide bases are the same, changed due to mutation, or if there are gaps in some sequences when genes are lined up- suggesting the insertion or deletions of some bases in one or more of the genomes. If the match is better, then change stays, and if not, revert to the old model. This continues until nothing affects how well the DNA sequences match, suggesting that the model is a close match to the true evolutionary relationships.

The importance of phylogeny is widespread. From applications in bioinformatics, forensics and classification, its use is also seen in the identification of pathogens and understanding the origin of zoonotic diseases (diseases spread from animals to humans).

Prof Bordewich used the human immunodeficiency virus (HIV) as an example. First reports of such cases came with questions of the origins of the virus, which was likely to be related to the simian immunodeficiency virus, the monkey / ape counterpart to HIV. It was initially believed that the zoonosis may have occurred from infected simian tissue cultures used to test medicinal products for human use, which led to fear about the risks of such treatments. However, after further studying of the phylogeny of the two viruses, it was found that this couldn’t be the case, as the complex relationships between different strains of the virus showed the evolution of some of the simian viruses came from branches leading to some human viruses, and vice versa.

A more recent use of phylogeny is seen in Covid 19. Prof Bordewich explained his work on the phylogeny of the virus, showing how maps of the evolutionary tree of the various strains, such as delta and omicron, allows us to observe which branches the highest number of strains belong to, estimating how effective pre-existing vaccines will be within a population. Meanwhile, evaluation of the flu virus allows biologists to predict which strains will be most prominent for the season, tailoring the vaccines around this information for the highest success, protecting the most people.

So, there you have it: how to produce and use phylogenetic trees. 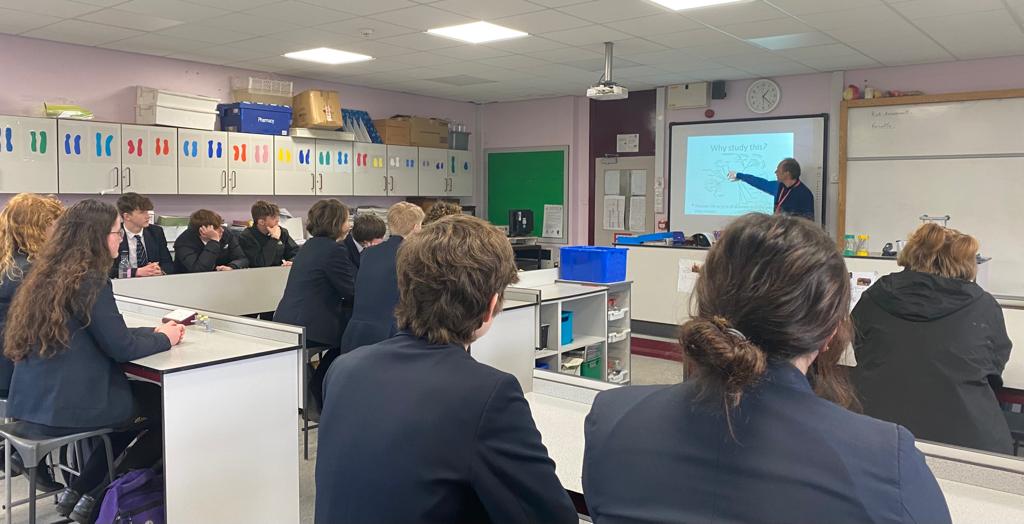 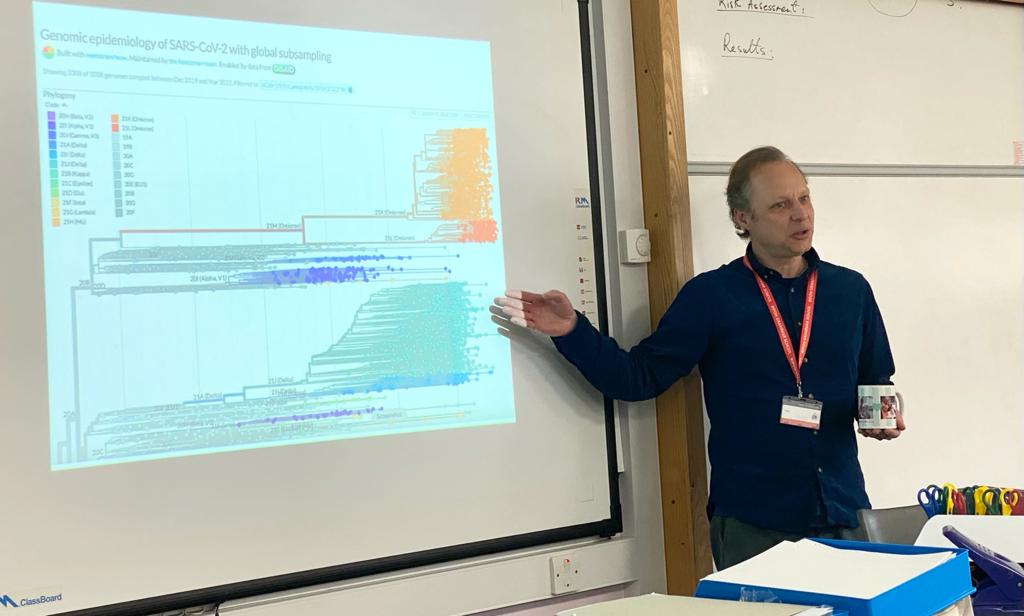 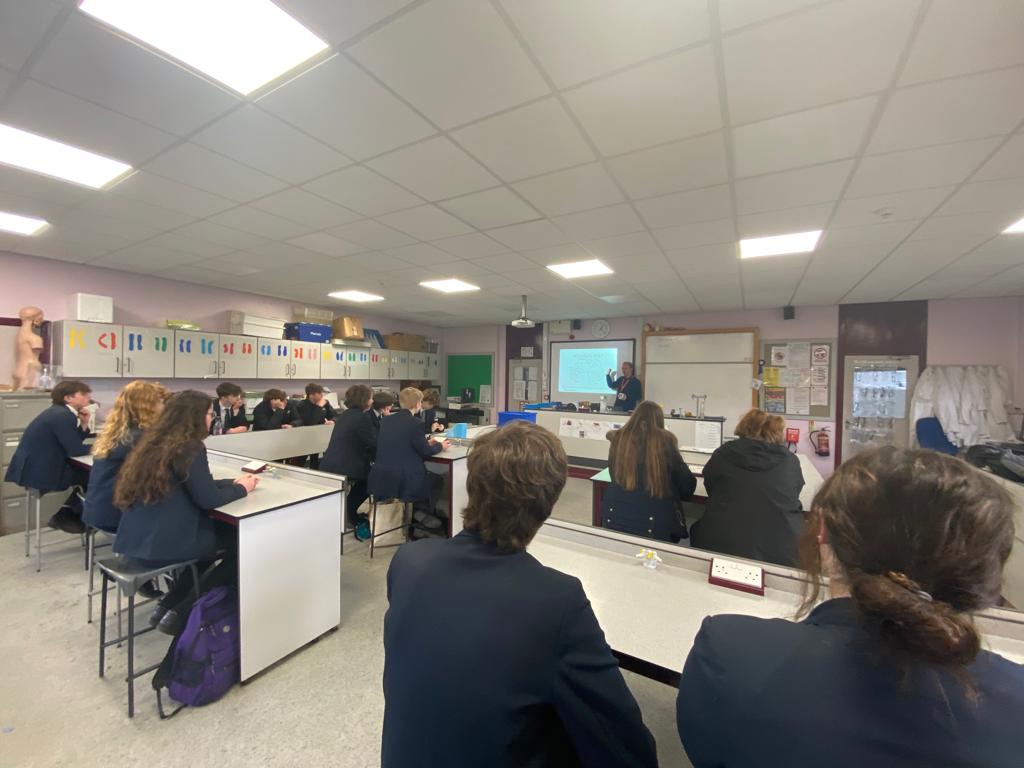 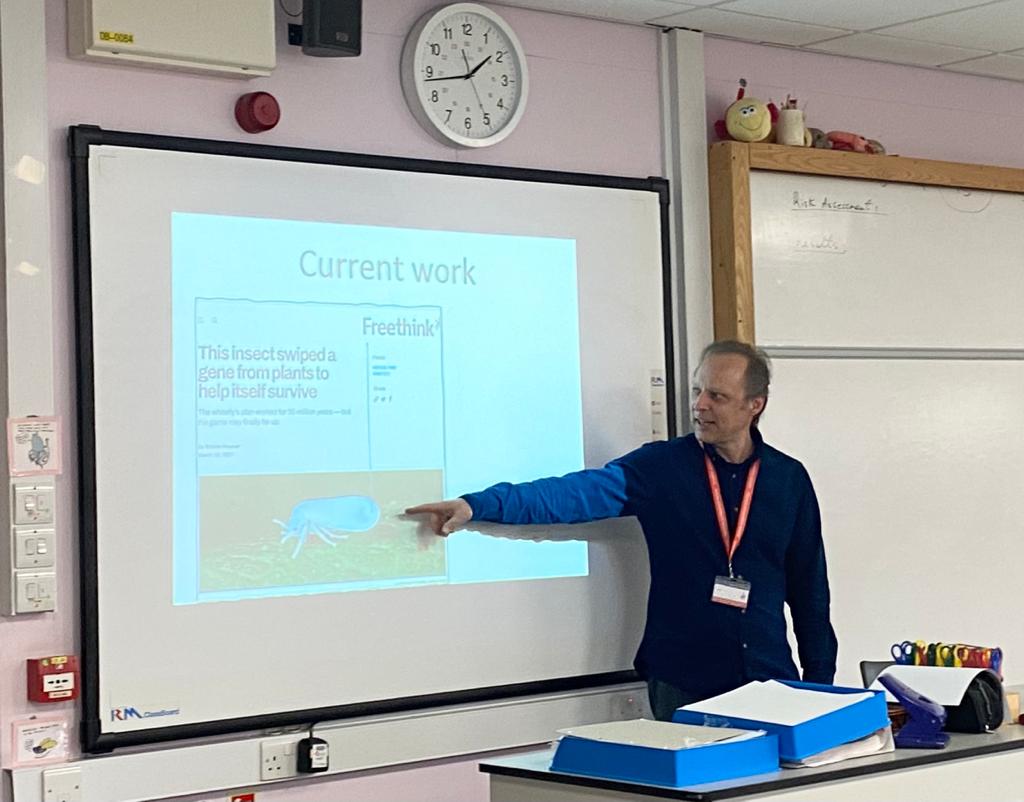