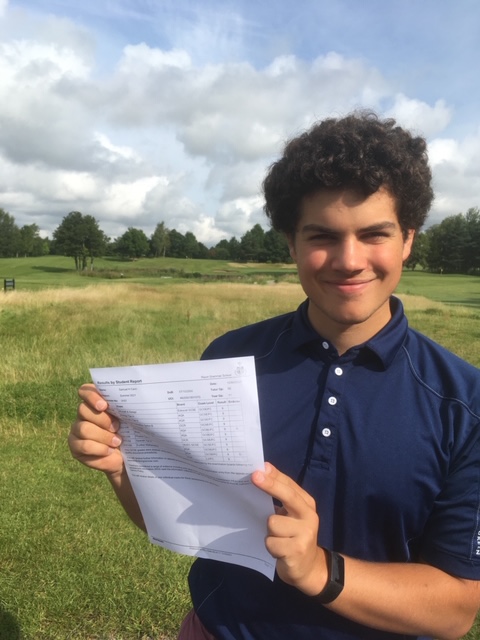 A GIFTED musician’s learning reached a crescendo when he scored ten top grade 9s and one 8 in his GCSEs.

The exceptional results bring multi-talented Ripon Grammar School student Sam Cann, who also excels in maths and physics, one step closer to his dream of a scientific career.

“I’m chuffed to bits. Never would I have dreamed of getting so many top grades - It feels completely unreal,” said the teenager, from Sharow, near Ripon.

He will now take A-levels in maths, further maths, physics and music, with the aim of studying engineering, maths or physics at university.

The 16-year-old, who sings as well as playing violin, drums, viola and bass guitar,is a member of the prestigious North Yorkshire County Youth Orchestra, made up of some of the most advanced musicians from state and independent schools throughout the county.

In addition, he plays with the Northallerton Music Centre Symphony Orchestra, Arco Iris quartet, Thirsk Sinfonia and a local ceilidh band and has enjoyed performing at the Sage in Gateshead and at Leeds Town Hall with Scottish classical violinist Nicola Benedetti.

Despite the restrictions of lockdown, Sam, whose mother is a violin teacher, found ways to pursue his musical achievements, gaining two grades 5s, a 6 and a 7 in music grade exams alongside studying for his GCSEs.

He describes music as opening up a whole new world inside his mind: “It’s fascinating how we can tell a story using only sounds, and people can still understand it as if they were reading a book.”

He found online learning and taking music exams remotely during lockdowns relatively easy, he says, but has been glad to be able to get back into live music at RGS again: “As well as playing in a concert, I’ve been enjoying a lot of rehearsals and playing together for fun.

“I’ve started to get back into some sport as well, learning to play golf and to sail, which took some time out of my studies.”

Two pupils - Sam and Amelie Mallon - scored ten grade 9s and an 8, while an additional five students - Benedict Dunn, Carrie Chapman, Matilda Lee, Ruby Todd and Aleena Alan - achieved a clean sweep of 9-8(A*) grades, with the 132-strong year group achieving an impressive total of 661 9-8(A*) grades between them.