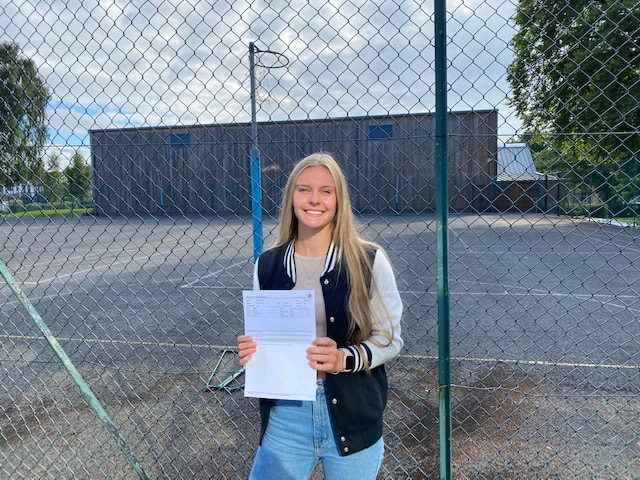 A CHAMPION Ripon Grammar School netball player scored the top A-level results she needs to launch into a career in astrophysics and cosmology.

Isabella Binks, from Ripon, who achieved A* in art and Bs in physics and maths, plays netball for North-East England and was a member of the talented RGS netball team crowned national champions two years ago.

She will now take up her place to study physics, astrophysics and cosmology at Lancaster University.

The 18-year-old, who juggled her A-level studies with a demanding four-times-a-week training schedule, which involved travelling to Newcastle, Durham, and Sunderland, said she was delighted all her hard work had paid off.

Crowned RGS ‘Sportsperson of the Year’, she also held down a part-time job as a high ropes course instructor and helped coach younger RGS students in netball throughout sixth form.

“I have absolutely loved every moment of RGS, from Year 7 to sixth form. I have received help when I needed and gained all the independence I need for university,” she said.

“Covid has been weird but it’s all become normal to me now. I will definitely miss RGS and the wonderful friends and staff I have met there who have made these past 7 years the best of my life so far.”