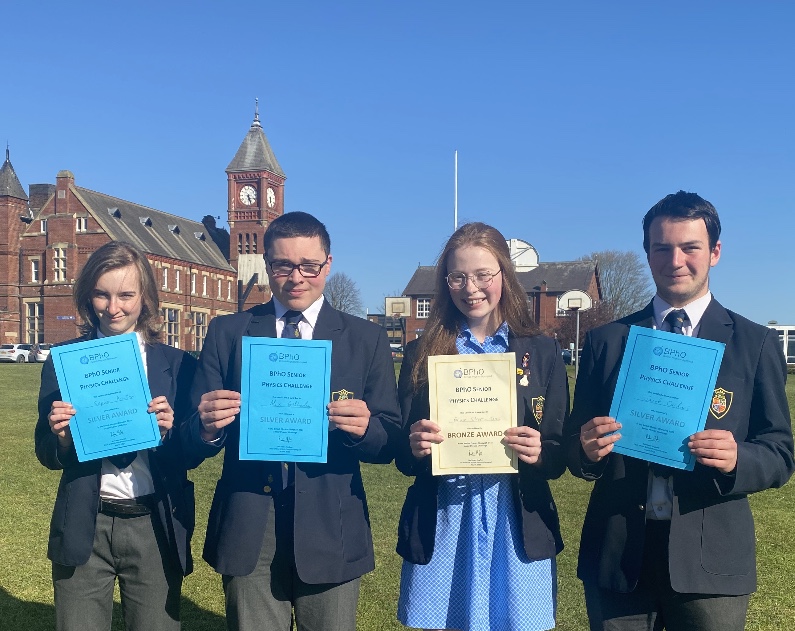 HOW much do you remember of your physics GCSE or A-level? The two questions below are considered warm-up questions for the senior British Physics Olympiad (BPhO), a fun competition aimed at AS-level students who enjoy science.

If you found those two questions easy as pie (their answers both being D) then you might be ready to tackle the BPhO alongside 5,270 other students worldwide.

The paper is traditionally an hour long, sat in school under typical exam conditions, and is comprised of three different question styles: multiple choice, short response, and long response.

However, this year has been a little wonky, especially in terms of exams, so as you can imagine this year’s Physics Olympiad was unorthodox.

Instead of taking the exams in a silent room, participants gave up an hour of their free time during the March lockdown and did them online. Personally, I did mine sat in bed with four blankets piled on top of me, nursing a cup of coffee in one hand and a calculator in the other.

The different question types were whittled down from three to multiple choice only, to allow for easier internet marking, and the number of questions was increased from about 15 to 40. Yikes.

So how did Ripon Grammar do?

Well, despite RGS being a school with renowned prowess in STEM subjects, only four students chose to enter this year’s BPhO. This might be because there is a limited number of AS-level students who are not only nuts enough to take A-level physics, but who will willingly enter themselves into a competition that takes up an hour of their coveted free periods.

This year’s brave few were: Jacob Cardani, Alex Gilhooley, Sophie Pointon and me. However, I am pleased to report that our efforts were not in vain. All students entered were awarded a certificate with three silvers and one bronze earned in total, an impressive count for such a small group and only two weeks’ notice.

The British Physics Olympiad is a charitable organisation which requires the help of physics teachers to nominate students for one of their numerous challenges and, in this year’s case, make sure that those students hand in their tests on time. Mr Griggs very kindly organised the whole affair for us and made it very easy to just have fun while completing the challenge.

The BPhO organisation aims to promote a love of science throughout the UK and if challenging quizzes aren’t your forte then there are still other ways to get involved. These opportunities come in the form of mentorship programs and summer camps hosted by the University of Oxford and are meant to engage passionate students in physics and astronomy.

If you’re a prospective A-level physicist or someone who enjoys problem solving, I urge you to at least consider doing the BPhO. Out of the 380 schools which took part, not one student managed to obtain a perfect score, so the tests aren’t for those who dislike scary looking physics equations.

However, it was fun, and I did enjoy trying to logic my way through some of the questions, as you might have with the two past-paper examples above.

I’m sure the four of us who did participate this year can all agree it was nice to use our brains for something other than trying to figure out what Microsoft Teams was having a hissy fit over, even if was only for an hour.