STUDENT BLOG: 'It's good to be back' 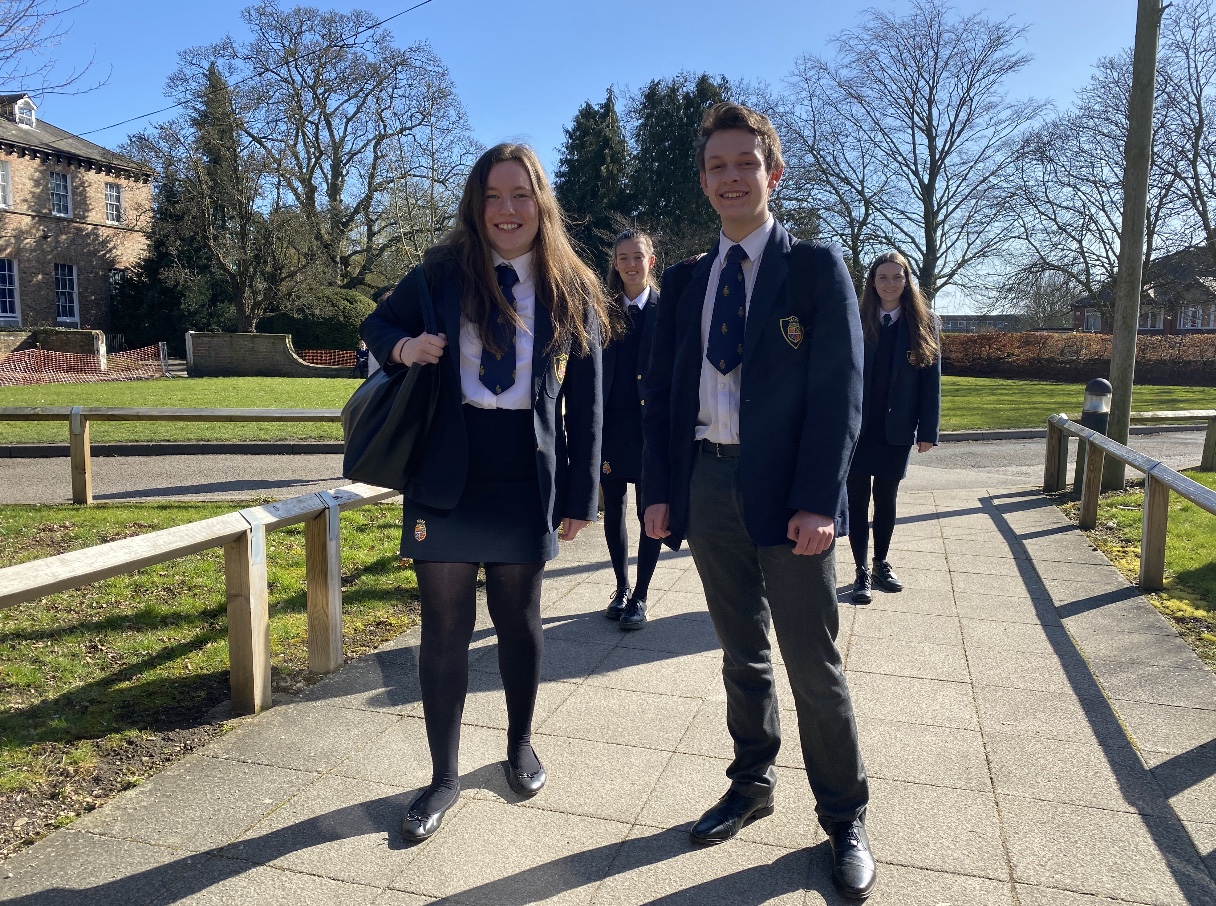 Despite the testing, the masks and some understandable apprehension, most students are very glad to be back, says sixth former ROBYN MUNDAY, who reflects on settling back from home to school again one year on from the first closure 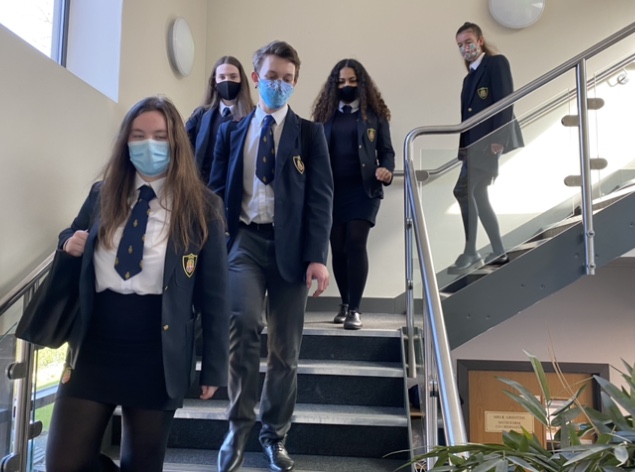 ON February 22, parents and students up and down the country were sat in front of their TVs watching Boris Johnson announce the date and arrangements for the return to school. This latest announcement was met with sighs of relief for some, and anxious butterflies for others. We had two weeks left of never-ending Teams calls and, more importantly for some, two weeks to get used to getting out of pyjamas and to ease ourselves back into some kind of routine.

Three weeks on, here we are back at school, having dug our uniforms out of the back of our wardrobes and found our alarm function on our phones again! Things are a bit different – we have to wear masks in classrooms as well as in common rooms and corridors, and be tested regularly – but still school feels the same. We still say good morning to the same people as we walk into form, we still laugh about the same things with our friends at lunchtime, the teachers are still eager to help us, and we are still working hard. I will be honest that, upon hearing the news that we were going to be returning to school at the beginning of March, I was extremely apprehensive, and the idea of staying at home seemed much easier and more comforting. However, I’m glad to say that being back again has actually been okay (and that’s about as enthusiastic as you can expect from a teenager I think!). I didn’t realise how much I had missed the people around me, those who really make the school experience, I’d missed being able to chat with friends, and also – probably more significantly as these were not people that I particularly kept in touch with online over lockdown – people I see in lessons who I have friendships with that are so different from the usual social groups and friendships. I have now found myself appreciating the people that surround me, and really making sure to stop and ask how someone is, and just have a real chat.

A vital part of any school is the staff, and at RGS that is no different. On the first few days back, I found myself looking forward to seeing teachers again, because going from seeing them in real life most days to just on a class Teams call felt weird to say the least. I think that our teachers have worked really hard over lockdown, and are now working even harder to ensure that we can settle back into school life smoothly and also to gauge how well content was understood during the online period, and adapting lessons and tasks towards this.

As I mentioned, I have been trying to make sure I make the most of the time that I have with my friends at school, particularly as the rest of the country is still in a strict lockdown and socialisation is limited. Part of this has been just checking in, and discussing with them how they have found the return to the classroom. I am pleased to say that, on the whole, those I have spoken to seem to have found being back at school a positive experience. However, this isn’t to say that people haven’t struggled – it’s quite understandable if you consider the massive shift between home and school.

One particular comment that really resonated with me personally was one from Hannah Burfield in lower sixth who said: “I have found this first week quite tiring. I was quite anxious to return because I got used to online learning and had enjoyed spending more time at home, something I don’t do often as a boarder. But I have found it really nice to be back and to talk to my friends again. Also, lessons are much easier in real life than online, so it’s good to be back in the classroom.” I understood exactly what Hannah was saying here, and I think the mix of emotions is something that many of us have been able to relate to in both the last couple of weeks, and also the last few months.

Another student in lower sixth talked about her experience: “I really enjoyed online learning as I could focus more on myself. The return to school has been easier than expected for me, although I had forgotten how tiring both the social and academic aspects of school can be.” I found this really interesting as the benefits of online learning are often overlooked by those not directly involved, particularly the media.

I think it is important that we remember these last couple of months not just as when our classrooms were replaced by computer screens and Teams calls, but also for months when we could spend more time following hobbies and passions normally neglected, the months we could finally catch up on those pieces of class work that never got finished, and also the months when we had the time and capacity to really think about life, what really matters and the future (in the sixth form especially, lots of us spent time thinking and researching university and post-school options).

I wanted to conclude this article by saying that, although the return to school has not always been easy, I am glad to say that this ‘new normal’ is becoming less and less alien-seeming every day.

I enter school eager for the day to finish, but I leave with a smile on my face and a sense of accomplishment and meaning.