STUDENT BLOG: Snowflake generation? Not us! 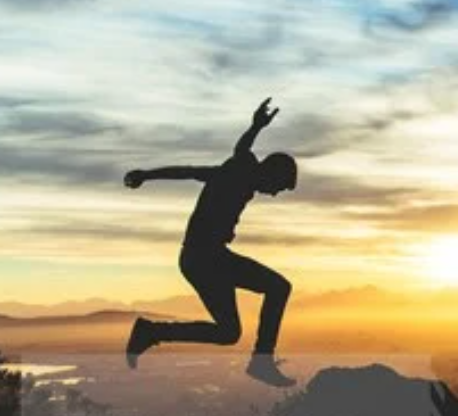 Don't label us 'snowflakes', argues LILLIE SHARPE. Our generation is proving its tremendous strength and positivity in the face of the pandemic, which we will be paying for for years to come - so why are so many judging instead of encouraging us?

THE English dictionary defines ‘snowflake’ as a derogatory term to describe an easily offended person, or someone who believes they are entitled to special treatment on account of their supposedly unique characteristics.

While teenage years are renowned for being particularly confusing and challenging, members of the so-called ‘snowflake generation’ are too often typecast as emotionally weak and lacking resilience.

But, on top of the usual teenage pressures, we are dealing with a pandemic. For many months, we haven’t been able to see our friends and family members, or even go to school.

We should be experiencing so many new things – learning to drive, going to university open days, going to parties, concerts or festivals - yet, for many months, we have been stuck at home behind a computer screen in the ‘prime’ of our lives.

So many steppingstones in our lives have been removed or delayed. Essentially all normality has vanished from our lives, and the fact that we’re able to adapt and cope as much as we have is evidence of our strength.

Younger generations, who arguably have suffered some of the brunt of the pandemic, are consistently finding ways around the limitations presented to us and, at times, using it to our advantage – many students are able to use the increased presence of virtual resources in their favour.

This pandemic has proven the undeniable resilience in the younger generations. Even when everything we were looking forward to and working hard for was ripped away from us, we have still been able to find a positive side.

Using the term ‘snowflake’ to describe our generation now has a certain absurdity to it. It is ridiculous to even question our emotional resilience in times like this. The accusation that we are too fragile, with schools having to have safe spaces and much more mental health support than previously for example, is small-minded and backwards.

Flippant stereotyping of a generation as weak, based on their mental well-being contradicts efforts to reduce the stigmas surrounding mental health. It also undermines the goal of ensuring society values mental health equally with physical health.

Students, particularly, have spoken about the detrimental effects this label can have. One studying at Exeter University explained: “It puts a sort of blame on the victim for being ‘over-sensitive’ and stops us from really thinking critically about the arguments at hand. It also suggests that we’re all just whining, complaining and passive so I also think it’s an insidious way of taking power out of our arguments.”

The prominent argument that the younger generations shouldn’t need the mental health services we receive, because they weren’t needed in the past, is completely irrational. The reality being that it was always needed, but mental health issues were once perceived as a ‘taboo’ subject, which wasn’t appropriate to discuss openly.

Since mental health issues are something many people worldwide will experience, it is definitely a relevant topic which should be normalised.

Additionally, it takes strength to open up about insecurities, anxieties and many more emotions someone may be encountering – especially when growing up.

Thus, it’s not the new mental health services which are the problem, it’s the ongoing small-minded attitudes of those who will not attempt to comprehend modern developments and changes – which are unquestionably positive.

Terming these positive developments as a weakness in society could cause many people to hide their feelings and push aside their mental wellbeing at the worst of times.

Similarly, the toxic masculinity of the term ‘manly’ suggests, stereotypically, that men shouldn’t show emotion, and that they should uphold this hypermasculine persona constantly. This has been proven to be immensely harmful to the mental health of men, globally.

Shaming a generation for showing emotion will, evidently, have hugely detrimental effects. Continuously putting us down for our positive progression does ‘take power out of our arguments’, because it labels important conversations as insignificant, and this in turn constructs the toxic misconception that mental health is unimportant.

The label ‘snowflake’ is toxic, a way for those resistant to change to cling to their normalities and traditions.

Headteacher of Wrekin College in Telford praised his students, who he stated were ‘putting to bed’ the term ‘snowflake’, as describing easily offended young people with no grit or determination.

The ‘snowflake’ generation has endured social withdrawal, interruptions to their education – possibly their future – fear, and countless other challenges but the way in which young people have adapted throughout the COVID-19 pandemic demonstrates the toughness of young people in contemporary society, he argues.

The ‘snowflake’ generation has endured social withdrawal, interruptions to their education – possibly their future – fear, and countless other challenges. If the ‘snowflake’ label was applicable and we were too sensitive, lacking resilience, then students wouldn’t be taking responsibility for their own situation, sitting at the computer every day participating in live lessons or using their large amount of free time productively.

Thus, the resilience and strength of the younger generations is evident in all our actions and responses to such a destructive pandemic.

Using the term ‘snowflake’, after our clear endurance throughout the pandemic implies an irrational arrogance towards the younger generations - proving that this label is just a symbol of the small-minded, stubborn mindset, which allows some of the older generation to repress change.

This leads me to question which generation is more problematic to our civilization.

The ‘snowflake’ label is unfair because it encourages stigma and evokes contempt. The word has lost its characteristic wistfulness as a symbol of winter and now insults an individual’s capacity to cope in a challenging world.

As a society, perhaps we need to ask ourselves: “When has stigma and contempt ever helped?”

Ultimately, this label is only a way for society to destigmatise mental health. The Daily Star, 2018, quoted that: “Sheltered snowflakes with no idea how to survive in the real world are having to pay for ‘adulting classes’.”

The emotional intelligence of millennials shines through their continued efforts to oppose injustice. Their resilience is also clear in their efforts to excel despite the challenges they face. The millennial generation are challenging injustices, that have been morphed into normalities and avoided previously.

Being constantly restricted to this negative label could be extremely toxic, because of the stigma it creates around many challenges all teenagers face. Furthermore, the mention of ‘adulting classes’, indicating that we are too cosseted to survive in the ‘real’ world, however this only highlights the problematic systems we have been brought up in.

The controversial aspects of rapidly developing technology, for example, should not be offloaded onto the younger generations, but rather society as a whole.

After the current pandemic, many future generations could be left with a broken economy, high poverty rates, and exhausted health care services.

So, society shouldn’t be criticising us and putting us down with this label, they should be encouraging us to keep developing and challenging injustices. Essentially, labelling us as ‘snowflakes’ has no benefits and, just like every negative label, it will only restrict future generations from positive developments.

Why are so many people judging the younger generations instead of encouraging them?