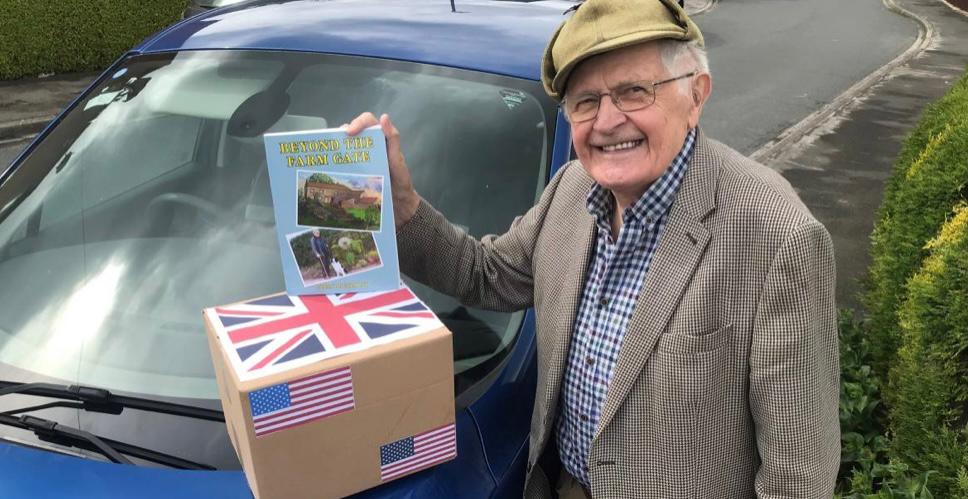 FORMER Ripon Grammar School pupil John Richmond, who earned the name ‘Mr Ripon’ and was awarded the British Empire Medal for services to the community, has become a first-time author at the age of 86.

Beyond the Farm Gate, the memoirs of the former mayor who made history when he took on the role of Ripon Hornblower, takes the reader on an emotional journey.

John, whose son Paul and daughter Anita were also RGS students, played a key role in ensuring the school maintained its grammar school status in the 1970s, when many were being forced to turn comprehensive.

He was a newly-elected independent on North Yorkshire County Council at the time and, against all odds, persuaded the Conservative-controlled council to allow RGS to continue as a Ripon Grammar School. (Read more in the chapter headed 'Politics and pay packets') 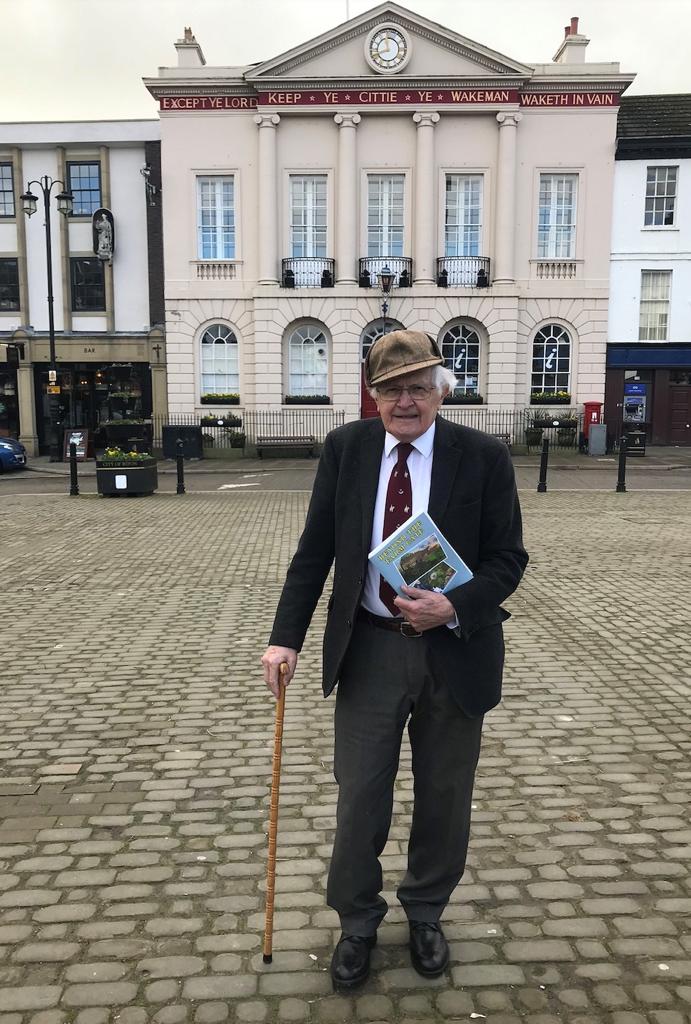 The book has already proved a transatlantic hit. In less than a month, every copy of the first-time author’s book Beyond the Farm Gate has been sold and more than £5,000 has been raised for Breast Cancer UK.

All proceeds from the sale of the 280-page publication, dedicated to John’s beloved wife Barbara, who died of breast cancer in July 2013, are going to the charity.

The couple were married for 55 years and in 1975-1976 served as mayor and mayoress of the ancient North Yorkshire city. During their year of office, John represented the first and foremost Ripon with the mayors of younger namesakes in California and Wisconsin.

The final 20 copies of the book, from the first print run of 400, have been shipped to Ripon, California, where there is great excitement about the memoirs, since John travelled there at his own expense when he was Mayor of Ripon in the mid-Seventies, to join in celebrations for the USA’s bi-centennial year.

John said: “It appears to have struck a chord both here and in the United States.”

In the book, his amusing description of how the meeting of the three Ripon mayors came about and the way he was greeted on the streets of San Francisco is balanced with poignant stories from his childhood, growing up on a farm on the edge of Dallowgill Moor.

John recounts the sad tale of Old Bess, a war horse who served her country and was injured during World War I. After military service, the black mare arrived at Carr House Farm, where John, was born in 1935. An accidental slip into a farm ditch saw her suffer terrible injuries and she had to be humanely put to sleep. John, a life-long animal lover, was six at the time, but 80 years on that memory still brings tears to his eyes.

By contrast, a tale that always makes him smile is when he made history, by becoming the only serving mayor to act as Ripon Hornblower.

It came in December 1975 when Ripon had just one hornblower, who said he wanted to take a Christmas break from the nightly duty of setting the watch. With no fellow member of Ripon City Council willing to take on the ceremonial task, John, in a fit of pique, said he would do it, but soon regretted his hastily-made offer. 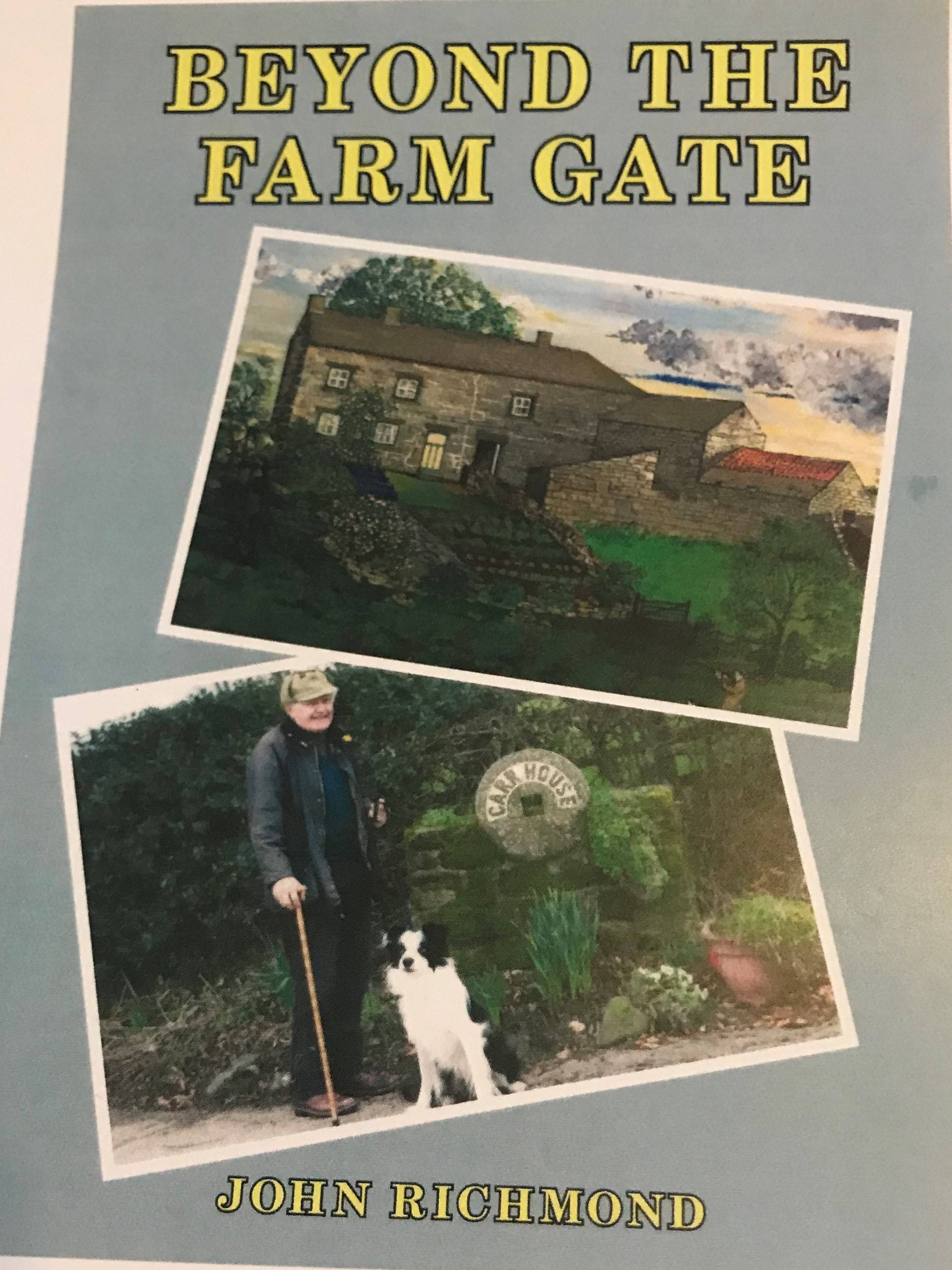 The full story of this and other incidents in a life of remarkable service, which saw him receive his BEM in the 2021 New Year’s Honours, are included in the limited-edition book.

The current mayor of Ripon, Councillor Eamon Parkin, said: "I just couldn't put it down. It is beautifully written and made me both laugh and cry."

He added: "Poignant passages, telling of sad events in John's life, are balanced with comical episodes, told with a Tyke's sense of humour. As I read the book, I was wiping tears of sorrow and laughter from my eyes."

John said: “Because a re-print is an expensive exercise, I could only commit to going ahead with it if I receive advance orders from and would ask anybody out there who still wants a copy to call 01765 607096.”