We were sorry to hear of the sad death of Professor Simon Leather, who was a boarding student at RGS until 1973. A giant in his field, our thoughts go out to his family, friends and colleagues. This tribute appeared on the Harper Adams University website. You can also read a recent interview Prof Leather did with our alumni magazine, below 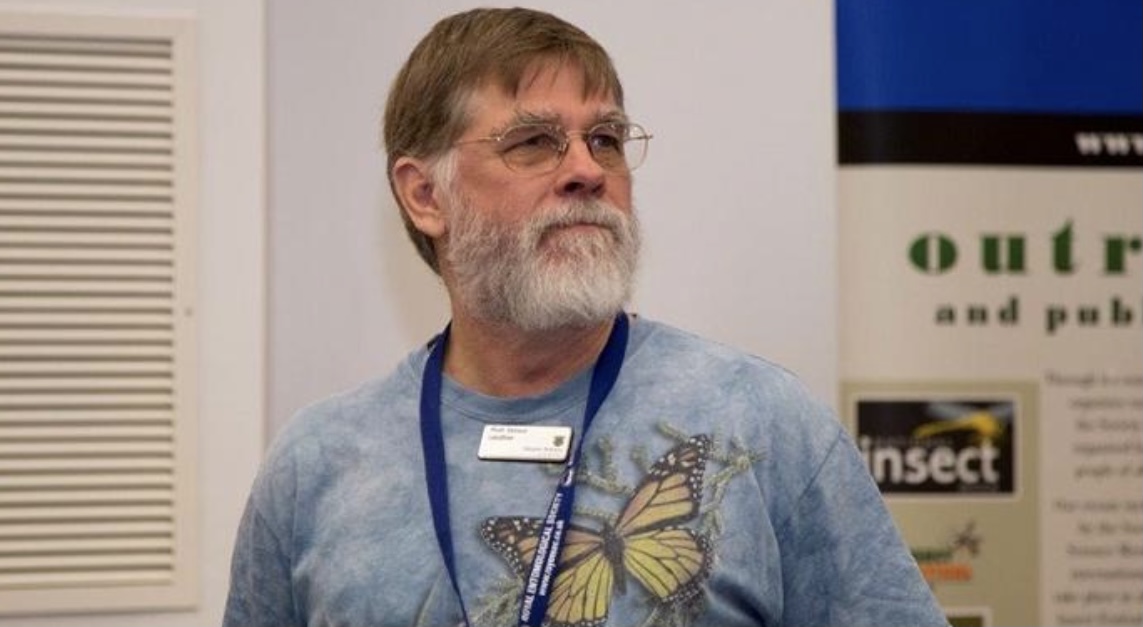 Tributes have been paid to a leading figure in the entomological community who passed away peacefully this week.

Professor Simon Leather BSc MBiol Hon.FRES PhD, Professor Emeritus at Harper Adams University, was renowned not only in his field but well beyond – and colleagues and students past and present across the globe have spoken of their fond memories of him.

On his personal blog, Professor Leather described himself: “I am an applied entomologist, but by that I don’t mean someone who can identify a huge number of species. I am not a taxonomist.

“Rather, I am a competent field entomologist who can recognise most insects to Order, some Orders to Family and within some families I am able to recognise individual species, especially if they are of economic importance.”

He used the blog to recall the wonder he first felt on encountering the insect world – a wonder which he conveyed throughout his life in his teaching, writing and social media.

He wrote: “I fell in love with insects when I was a child in Jamaica, and discovered the complexity of ant societies, although I was also a great fan of orb web spiders, or crab spiders as my brother and I used to call them.

“From the very beginning I was much more interested in how insects worked and behaved rather than in collecting and pinning them.”

In 2012, Professor Leather joined Harper Adams as the head of a new Entomology team, leading teaching and research.

Dr Andy Wilcox, Head of the Agriculture and Environment Department, said: “When he did start with us, I think it had a big impact – on how we went about research, but also in terms of the kinds of opportunities we went for.

“He just raised the game, really – he increased our expectations, not in any overt way, it just happened by osmosis and through the way he did things.

“He took it to the next level.”

In his inaugural lecture at the University, Professor Leather shared his entomological journey, which began with his first experience of biology at the age of three.

At Leeds he fell in love with aphids and his PhD, at the University of East Anglia, was on the ecology of the bird-cherry-oat aphid Rhopalosiphum padi.

He then did a post-doc, courtesy of the Royal Society, in Finland, developing a prediction system for R. padi, followed by a short post-doc back at UEA before a ten year stint with the Forestry Commission where he worked on the pine beauty moth, Panolis flammea and the large pine weevil, Hylobius abietis as well as doing advisory work and supervising research students.

During this time he discovered the joy of urban ecology – which inspired the name of his blog, “Don’t forget the Roundabouts”.

His work took him across the globe, from Iceland to Africa, and he had lived in diverse locations from Jamaica to Hong Kong, as well as his native county of Yorkshire, and was enjoying spending time at a holiday property in France with his wife, Gill.

Professor Leather was elected a Fellow of the Royal Entomological Society in 1978, and served in a series of key roles in both the Society and on entomological journals.

One of the founding editors of Insect Conservation, which he edited between 2008 and 2021, he also served as an editorial board member of Agricultural & Forest Entomology and was Chair of the RES Library Committee from 2018 to 2021.

He was appointed as an Honorary Fellow (Hon.FRES) of the society in 2015.

“We were privileged indeed to have him as an honorary fellow. He leaves an amazing legacy through his students and research, he will be sadly missed by so many.”

The influence Professor Leather had was reflected in the warm words from colleagues and students, past and present, when the news of his death was announced.

Reader in Entomology Dr Tom Pope – who moved to Harper Adams at the same time as Professor Leather – said: “He could work across the whole gamut of entomology – often, academics will specialise in a particular area, but he had an influence on all kinds of things, across the university and beyond.

“An awful lot of people who he taught, he stayed in contact with – and that meant he had a huge network of students and friends to draw upon, as well an encyclopaedic knowledge of people in the world of entomology.”

And Dr Wilcox added: “As one man, he had a massive impact on UK entomological teaching and research.

“He felt passionate about training people to become the next generation in the subject.

“The way he engaged with MSc students who were on the courses he taught, he brought in visiting lecturers and people he knew from all over the place- that kind of thing just improved our overall performance.

“Our current lecturers are part of that next generation, which he worked so hard to bring through.”

Dr Segar said: “It is hard to think of anyone comparable in terms of influence – though he didn’t seek recognition for what he did, he just enjoyed it.

“He was a very engaging person – I think it is only in the last few years, as some of his work wound down it, became clear just how much he did, talking to all kinds of clubs and societies about entomology, insects, and what he did.”

And Dr Roberts added: “He was an entomologist in the broadest sense. He was a mover on social media too, with almost 10,000 followers – but an unconventional one.

“He never tweeted from a phone – he always used his computer.”

That engagement on Twitter – where hundreds of people across the globe have been paying their own tributes to him - was driven by Professor Leather’s passions.

He proudly and prolifically blogged and tweeted about whatever drew his interest, bringing the same keen focus to entomology, roundabouts (photography as well as ecology), genealogy, politics, teaching and more whenever he wrote.

Just days before he died, his last blog post, on Friday September 24, was partially entitled: “The most difficult thing I have ever had to write” – summarising his efforts to produce the book Insects – a very short introduction.

“It turns out that you can know too much about insects at the same time as you don’t know enough about them!” he wrote, taking readers through his editorial journey to decide what did – and did not – belong in the manuscript.

But beyond his words and his work, Professor Leather will also be remembered fondly at Harper Adams as a valued and trusted colleague.

Dr Pope said: “One of the things he loved about Harper Adams was the collegiate atmosphere – he engaged with colleagues closely and was always encouraging people to do new things and to go for things they hadn’t previously gone for.

“You could set your watch by him – he went on his rounds every morning, talking to colleagues – and you could time him, absolutely to the minute. He loved making those rounds and talking to people.”

Dr Segar said: “He never seemed to be in a rush. He was the kind of person who, no matter what he had to do, would always stop and talk.”

And Dr Roberts added: “He made that time to talk to people.”

Further tributes have been paid to Professor Leather on social media - see some of the many heartfelt messages here. 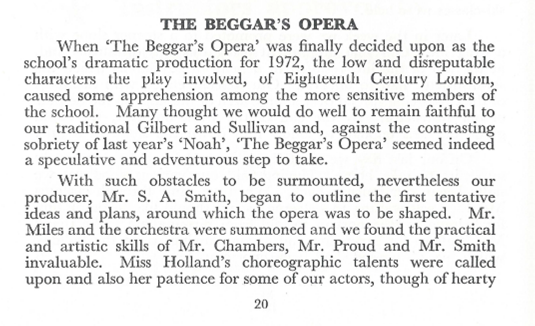 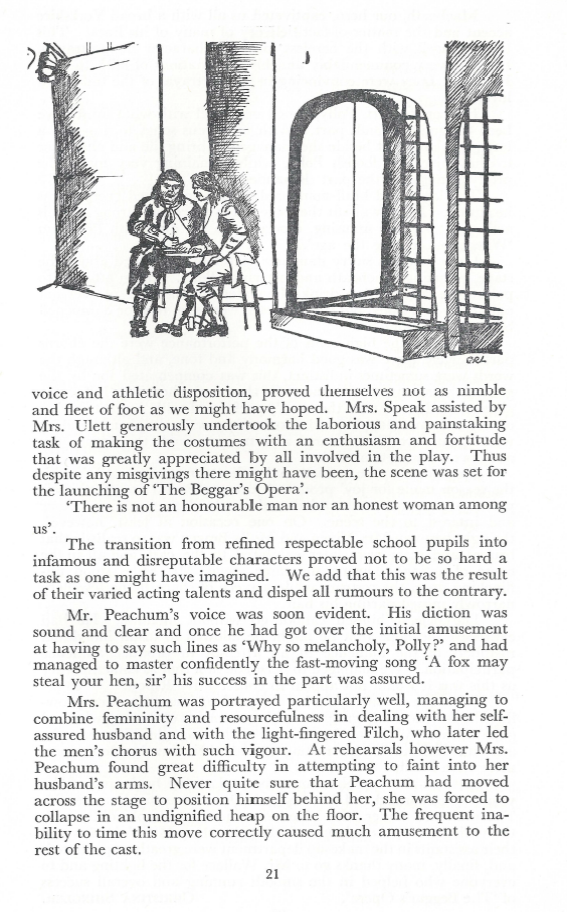 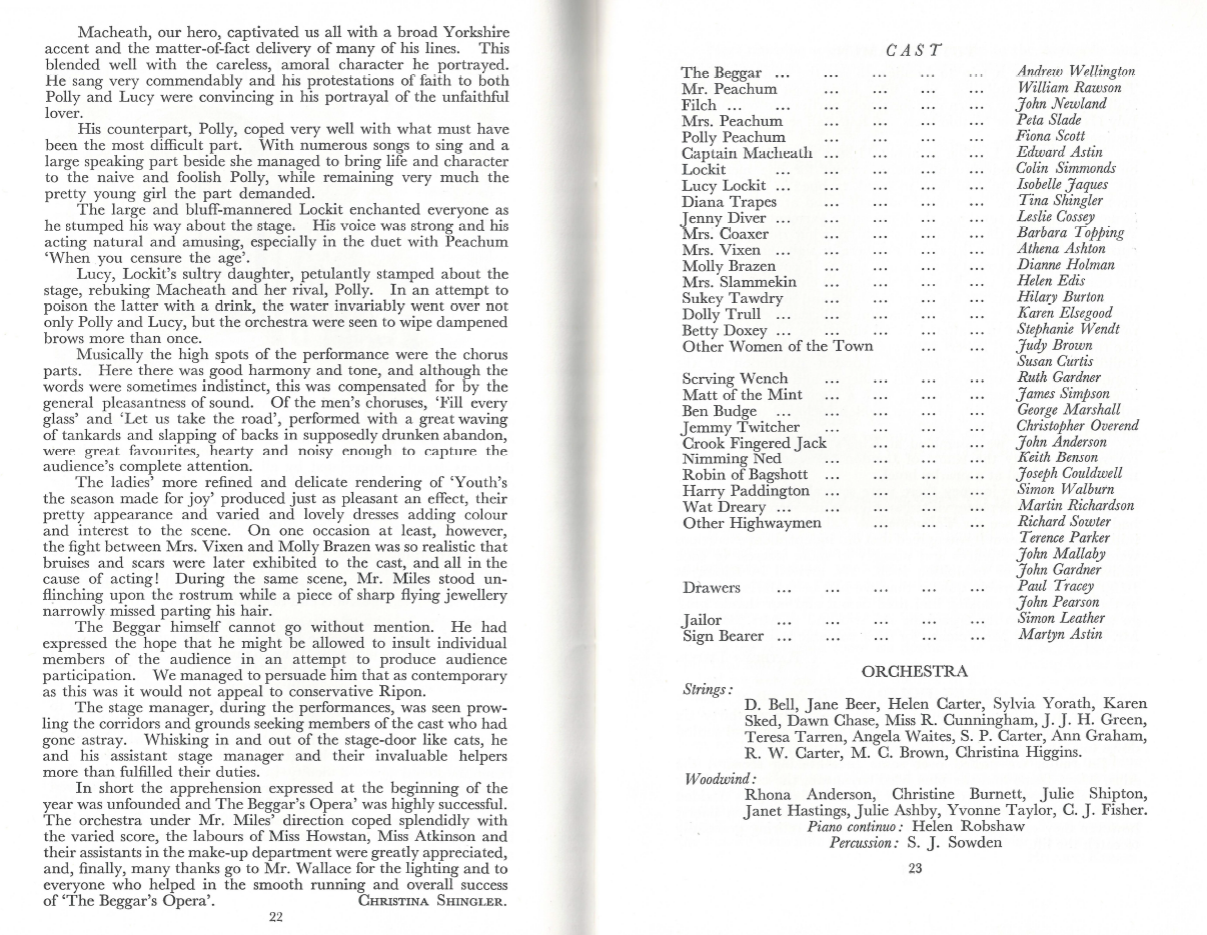 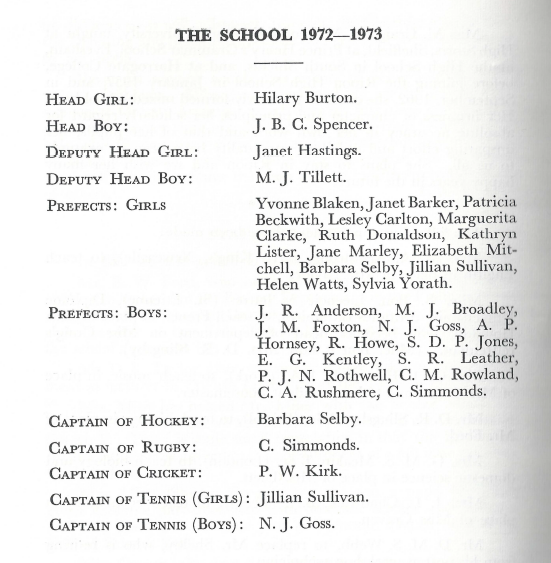 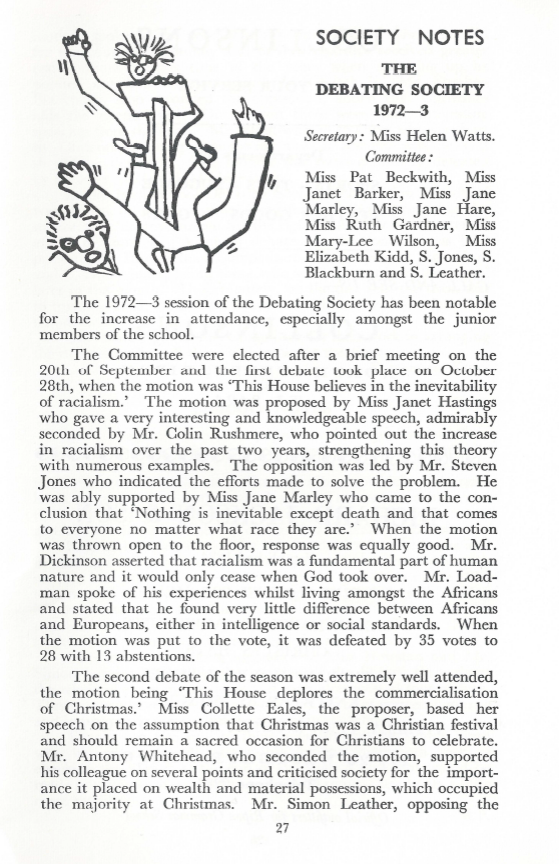 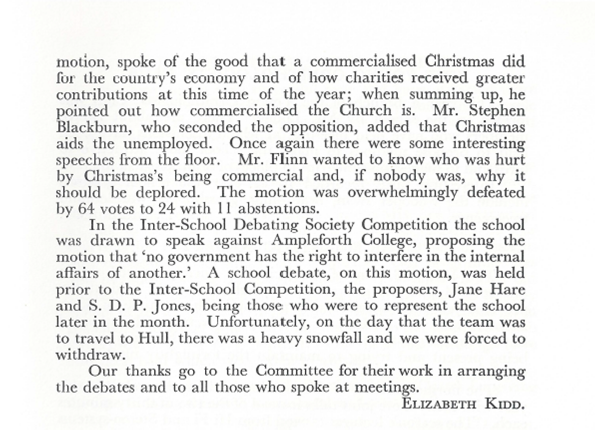 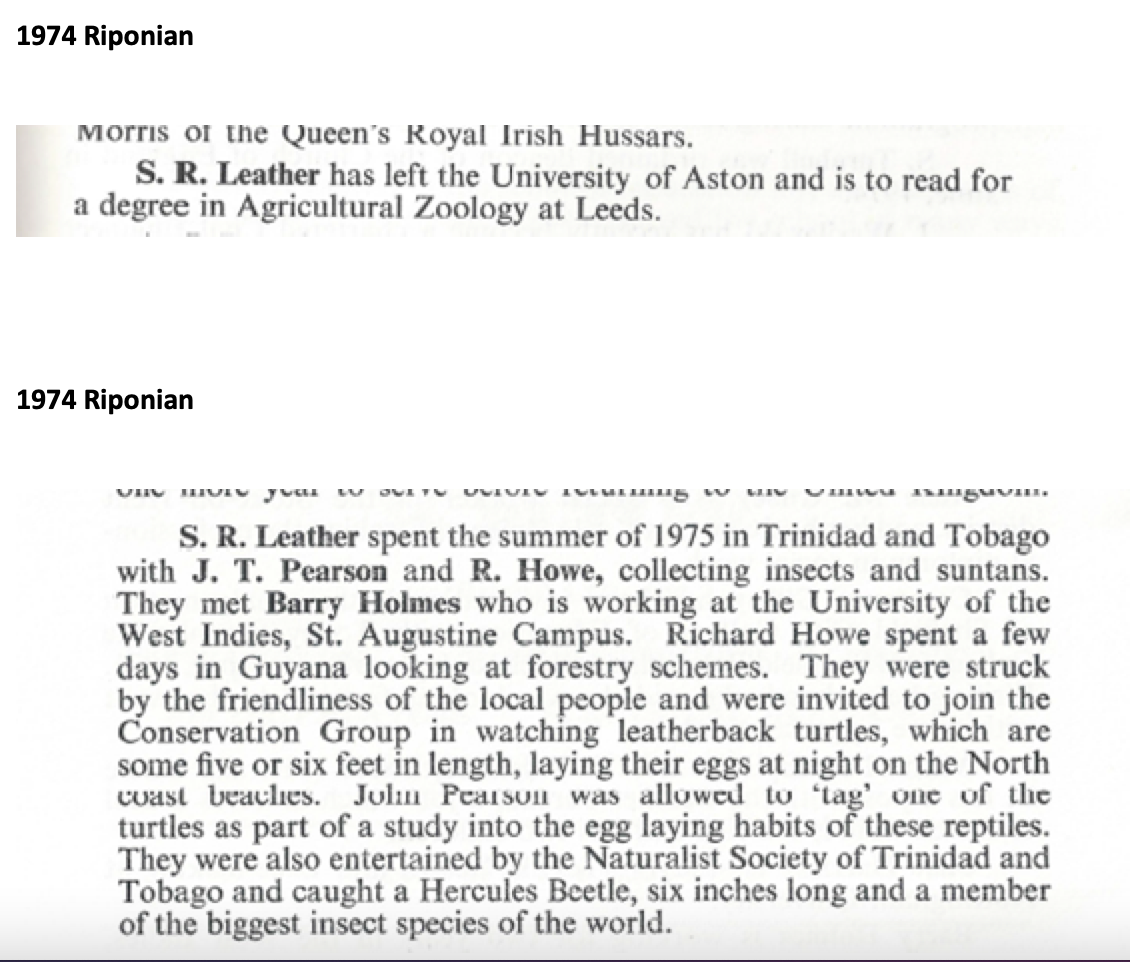 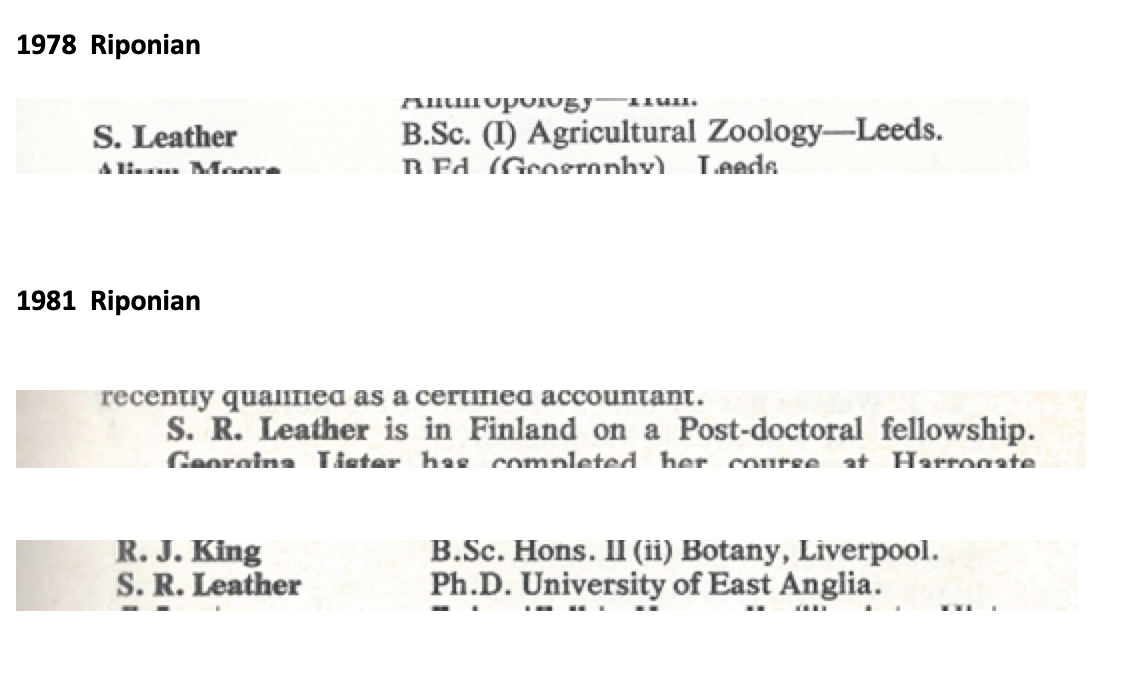 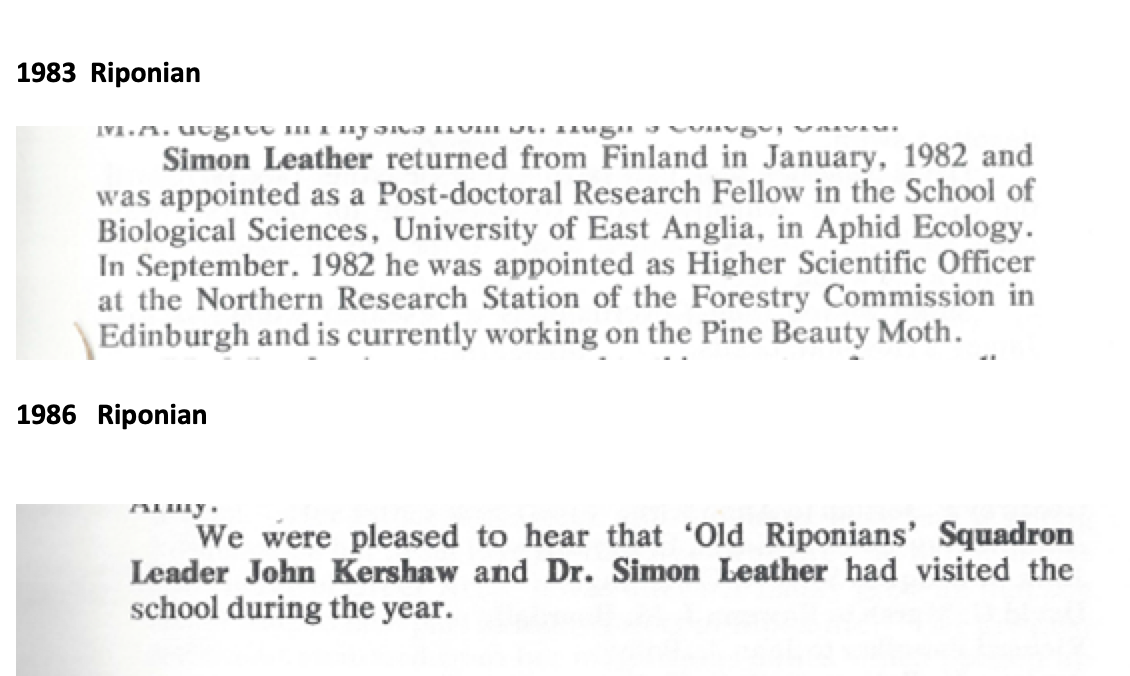 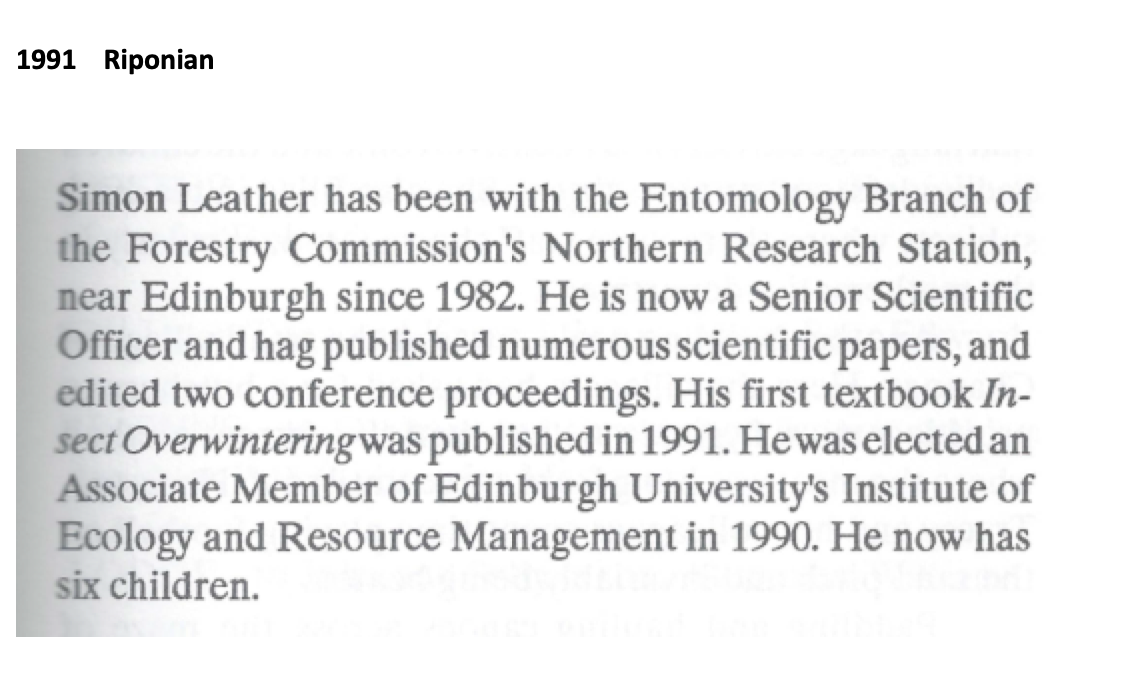 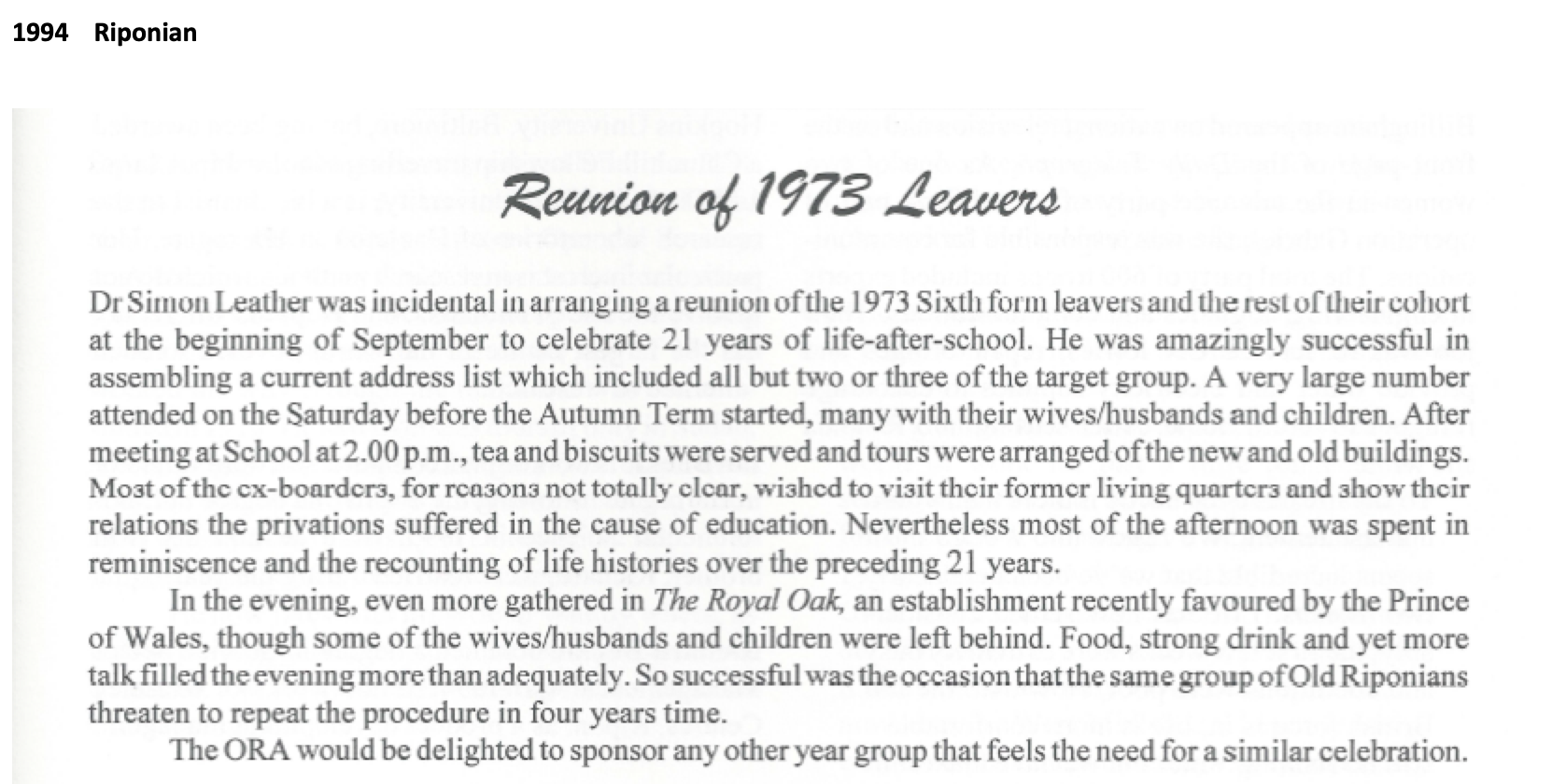 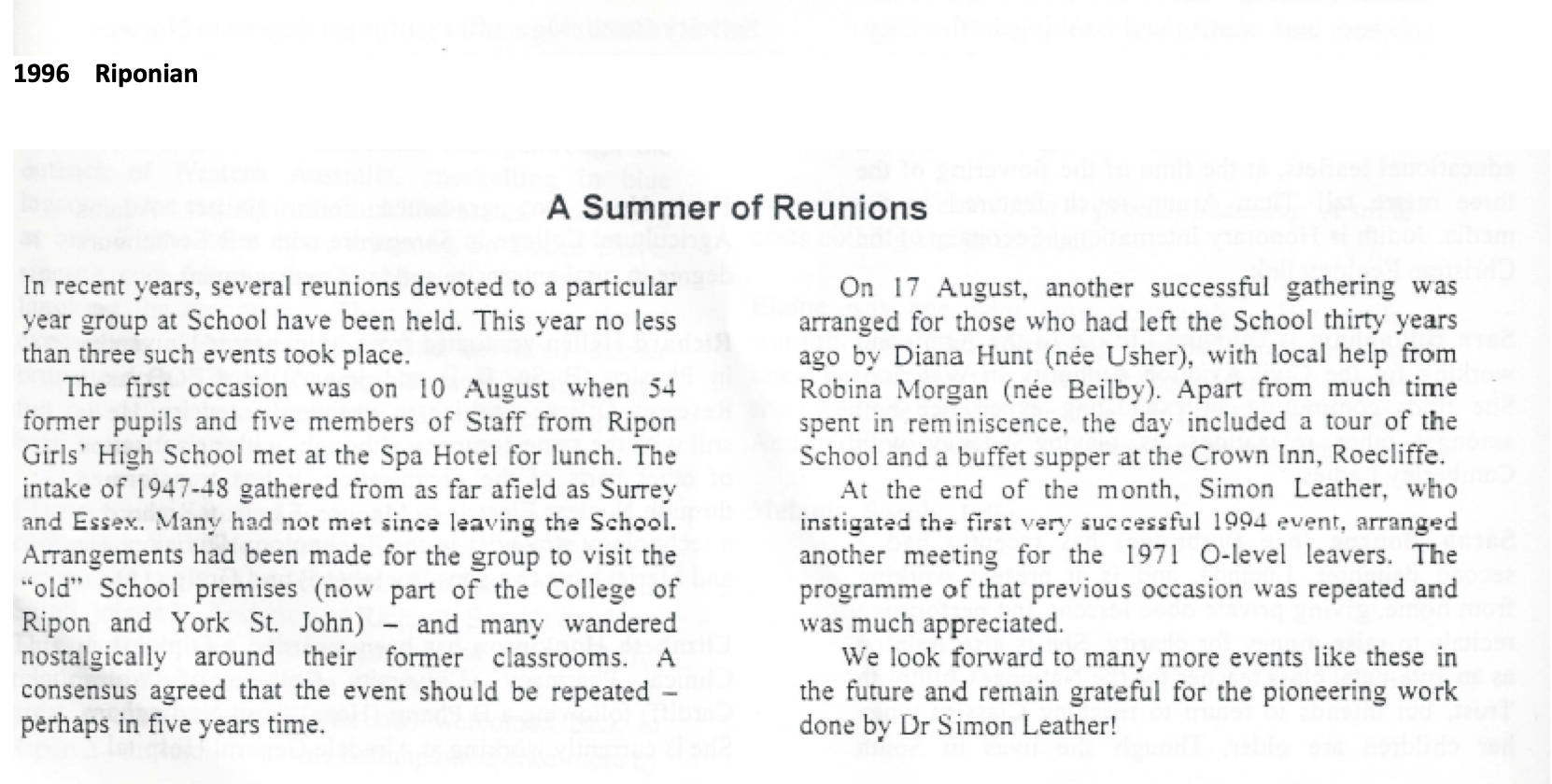 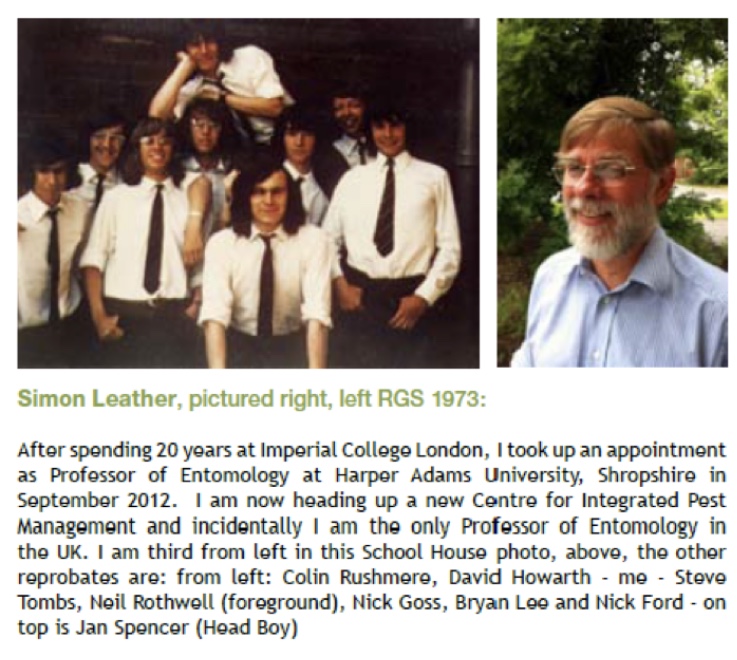 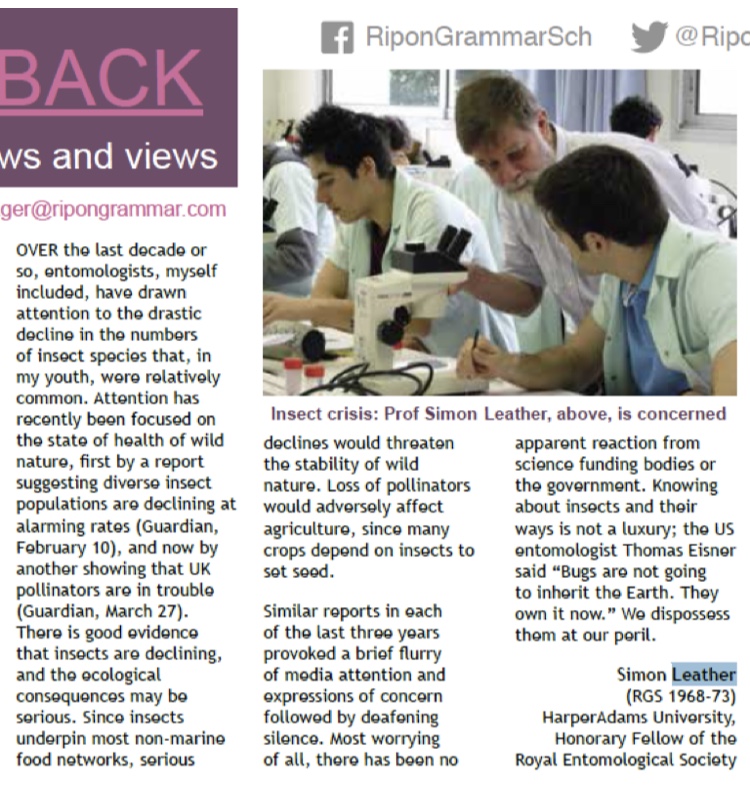